Is this the end of the Ford Fusion?

Is this the end of the Ford Fusion? 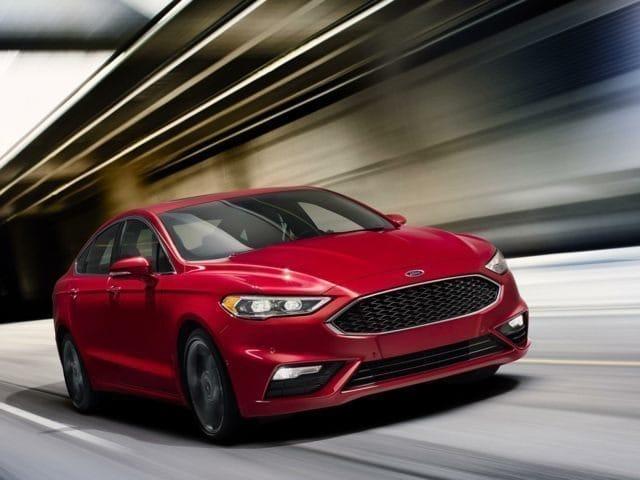 Ford have announced that they will be shifting production of the Ford Fusion from Mexico and Spain to China. They also said they won’t be importing the vehicle into North America once built. So is this the end of the Fusion?

Last week Ford said they were going to shift production of the Fusion to China by 2020. The automaker will use the Spanish plant for SUV manufacture and the Mexican plant will likely contribute to or manufacture Ford’s upcoming EV SUV. The plant in Mexico currently makes the Lincoln MKZ, which will apparently remain there for now.

Initially, Ford just said they were just shifting production. It took some prodding by journalists to get the company to admit there were no plans to import the Fusion from the Chinese plant back to America, Europe or Canada. The Fusion is a global model, called the Mondeo in Europe and is a very prominent sedan. Could this be the end?

Ford have said they are planning to reduce the number of models they manufacture and to shift from cars to crossovers and SUVs. As sales of sedans are down right now, this could be one of the effects of our changing buying habits.

2018 Ford Fusion
The 2018 Ford Fusion is a very accomplished sedan that provides decent levels of comfort and performance in a tidy package. It is a five seater midsize sedan that comes with gasoline or hybrid engines. While not outstanding in any one field, it does everything with an ease and confidence that makes it a great daily driver.

The design is modern and fits comfortably into Ford’s global design philosophy. The large front grille, sharply angled headlights and curved hood and roofline provides a great looking package. Panel detailing is also a Ford characteristic right now, as is the sharp lower sill at the front and rear.

The 2018 Ford Fusion has a 2.5-litre four cylinder that produces 175 hp, a turbocharged 1.5-litre that products 181 hp or a turbocharged 2.0-litre engine that produces 245 hp. All use a six speed automatic transmission to send power to the front wheels. AWD is an option on the 2.0-litre. There is also a newer 2.7-litre twin turbocharged V6 engine for the Sport that delivers 325 hp and AWD.

2018 Ford Fusion is available as either a hybrid or plug-in hybrid that uses a 2.0-litre engine with an electric motor and CVT transmission. It generates a combined 195 hp. The plug-in uses the same setup but with larger batteries.

Equipment levels are as generous in the Fusion as they are in other models. With lots of features, comfortable interiors and a very credible drive, there is a lot to recommend the Fusion. It will be interesting to see what Ford has in mind to replace it.