Dodge Durango Pursuit gets an upgrade

Dodge Durango Pursuit gets an upgrade 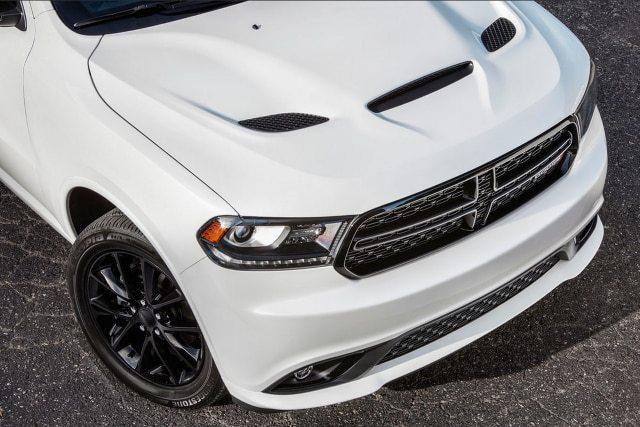 The Dodge Durango Pursuit is an important part of law enforcement fleets across North America. We often see it cruising around cities or on TV looking like it means business. It does mean business, with a Hemi V8 and a ton of upgrades, there isn’t much the Dodge cop car cannot do. With the recent upgrades, some of those things it can now do much better!

The Durango Special Service is also a popular police vehicle for normal duties but when things are likely to require more power, the Dodge Durango Pursuit is the one to call. The Special Service predominantly uses a 3.6-litre Pentastar V6 engine that generates 295 hp and 260 lb-ft of torque. The Pursuit uses the Hemi V8.

Dodge Durango Pursuit
Originally, the Durango Special Service was referred to as the pursuit but the V6 engine, as good as it is, was not powerful enough for driving at the speeds cops often have to drive. Then along came the Dodge Durango Pursuit with its 5.7-litre Hemi V8 engine that generates 360 hp and 390 lb-ft of torque. There isn’t much that will escape that!

The new upgrades that make up the Pursuit also includes new brakes to help control all that power. The uprated system can bring the SUV from 60 mph to standstill in 134 feet. In a pursuit situations, that ability and the added confidence it brings should help officers handle high speed pursuit situations much better.

The Hemi Durango is the same as the civilian version in most respects. It does have those new uprated brakes but the engine, transmission and chassis are the same. It does have a larger alternator for powering all the electrical gadgets a cop car uses and a larger oil cooler to help manage those high mile engines. The Dodge Durango Pursuit also looks to have a slightly higher ride height. Presumably to help the cops when things go off road.

The standard Dodge Durango has a reputation as being one of the faster SUVs around. The Hemi version certainly lives up to that but the V6 engine is also very respectable. With a reliable eight speed automatic transmission, responsive steering and very capable chassis and suspension setup, there isn’t much this vehicle cannot do.

Whether you’re a cop or not, the 2018 Dodge Durango is an excellent go anywhere, do anything SUV. Visit Unique Chrysler Dodge Jeep Ram, 915 Walkers Line, Burlington, ON  L7N 3V8 to arrange a test drive.