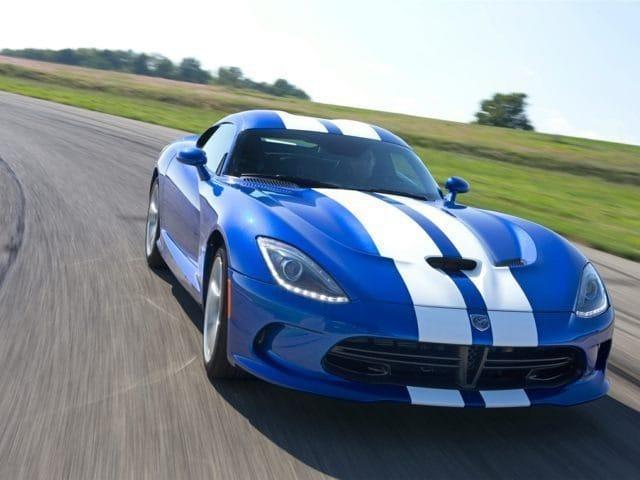 You may remember last week we talked about five special edition Dodge Vipers that were being released to celebrate the final year of production and 25 years in production. Well, those special models sold out a mere five days after opening the order books. Fortunately, Dodge are adding another.

This seemed to have taken Dodge by surprise, but they quickly recovered and announced the Dodge Viper Snakeskin Green ACR Edition would be added to the range in July. Given how quickly the previous models sold out, we don’t think this new version will last very long either!

2016 Dodge Viper
The 2016 Dodge Viper is a hardcore performance car. It makes no concessions to comfort, to practicality or to subtlety. This car is about performance and about the drive. It is for those people who have no need for a stereo or for air conditioning. For whom the music of that awesome engine is symphony enough.

The design has changed only slightly over the past few years. Enough to keep the car fresh and tip a hat to modernity. It’s a classic design that ensures the motor is always front and centre.

Inside, the cabin is simple but effective. Materials and build quality is excellent and the seats are very supportive. With UConnect added a model or so ago, there are some new touches that keep drivers up to date. The cockpit-style driver’s position puts you at the centre of the action, which is what this car is all about.

The main selling point is under that long hood. The 8.4-litre V10 that delivers 645 hp and 600 lb-ft of torque. It is mated to a six speed manual transmission that sends all that energy to the rear wheels. The sound, smell and feel of that motor when you put the pedal down is like nothing else. It’s raw, unrefined and yet so compelling. The noise alone is enough to make you fall in love. Get the Viper on the track, give it everything and you’ll never look at another car again.

Time is running out to get a new Dodge Viper as this is the last year of production. Move quickly to secure a Viper Snakeskin Green ACR Edition, or a standard edition by visiting Parkway Chrysler Dodge Jeep Ram Mississauga, 2260 Battleford Road, Mississauga, ON, L5N 3K6.