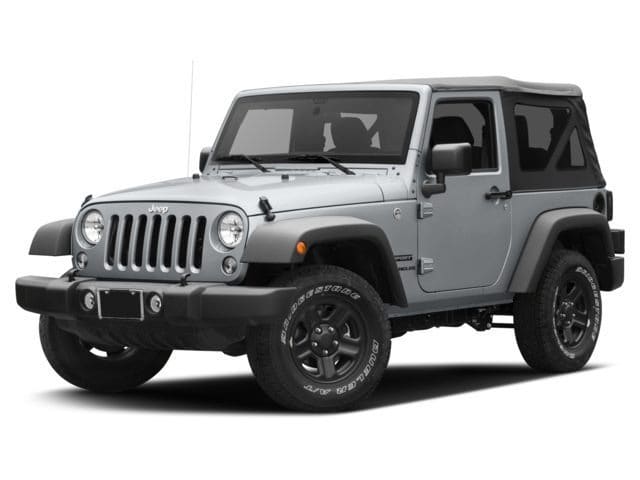 Jeep Wranglers manufactured between 2007 and 2010 are being recalled in Canada to address a potential airbag issue. Over 35,000 Jeeps in all will be recalled across the country.

The issue is a potentially faulty clockspring within the driver’s airbag assembly that can become damaged due to dust ingress. This is mainly for those who use their Wrangler with the door and roo
f off where the cabin gets grimier than usual. Dirt ingress can theoretically interfere with the system causing the airbag warning light to come on. Potentially, it could also interrupt normal deployment of the airbag.

Dealerships will replace the clockspring, steering wheel rear cover and column shroud to prevent it happening.

Book your Jeep Wrangler in for a service at your nearest Car Nation Canada location and we will automatically check for recalls and technical bulletins and carry out any work that we can. It’s all part of a service!

2016 Jeep Wrangler
If you like going off road, there is nothing that will get you there better than a Jeep Wrangler. It can go where most other vehicles fear to tread and has genuine off-road ability combined with decent road manners. While definitely built for the rough stuff, the Wrangler can also be your daily commuter.

The shape is iconic, recognizable since its origin in the 1940s. The vehicle has mostly kept up with the times while remaining true to its original intent. With a huge range of special editions and a massive repertoire of both official and unofficial customizations, the is no other vehicle that is easier to make your own.

The design is chunky and no-nonsense. The famous Jeep grille and round headlights have been a part of the design forever. Extended wheel arches, the curved hood and slab sides all give the Jeep a rugged character that fans and critics alike all love.

Under that hood is a 3.6-litre V6 Pentastar engine that delivers 285 hp and 260 lb-ft of torque. It uses a six speed manual transmission to send power to all wheels. There is an optional five speed automatic transmission and a range of gearing, differential and transfer case options for serious off-roaders.

Available as both two and four door styles, the 2016 Jeep Wrangler come in three main trims, Sport, Sahara and Rubicon. From there, many special editions, optional extras and Mopar accessories can provide just about every feature you’re ever likely to need.