The van sector is a huge one for automakers and it is high time we began seeing viable electric vans. Ford delivers with their own all electric Ford transit van, the 2023 Ford E-Transit Custom. 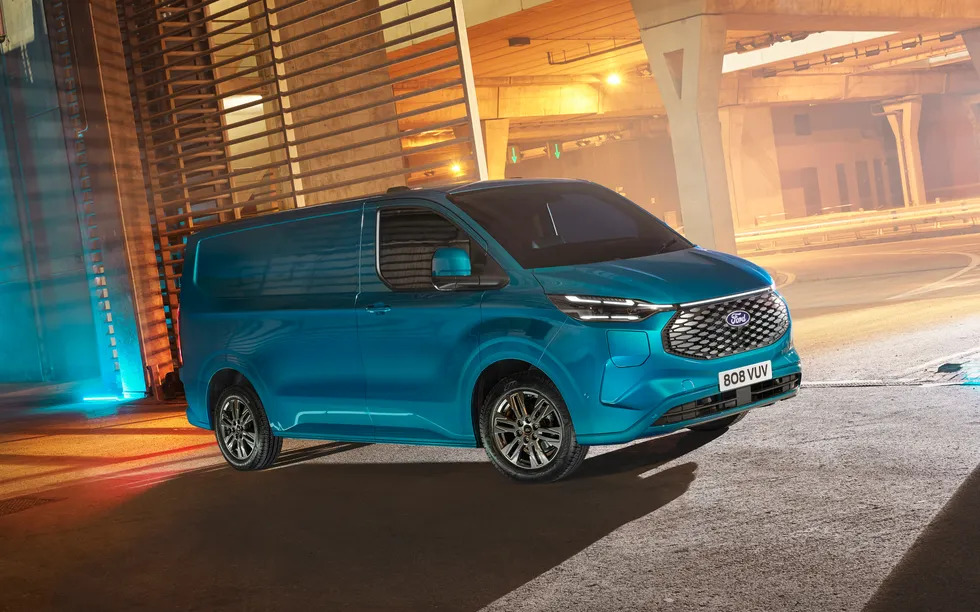 While a little behind competitors like Volkswagen and Mercedes-Benz, it’s better late than never for the world’s best-selling van.

The new 2023 Ford E-Transit Custom has been teased and hinted at for a while. Now we get to see it for real and, if the images are anything to go by, it’s going to be huge!

Ford of Europe president, Stuart Rowley, made this statement as part of the announcement: ‘The next-generation Transit Custom range – including the all-electric versions – will strengthen Ford’s position as Europe’s number one commercial vehicle brand. 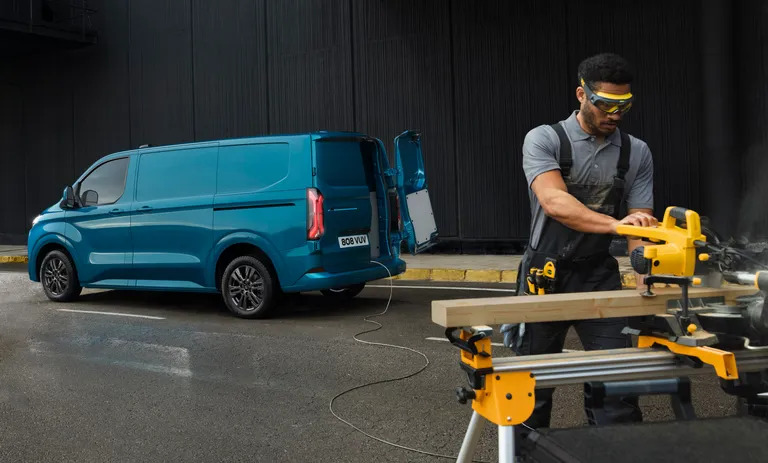 The design of the 2023 Ford E-Transit Custom builds on the existing European transit design. It’s a sleek look that’s not that dissimilar to the VW Transporter.

The similarity is no surprise really, give the E-Transit is partly a joint venture between Ford and Volkswagen as part of Project Cyclone.

The new front end gets a shiny grille and a new set of LED lights, including a slim light bar under the hood.

A detailed panel design gives us plenty to look at, including a complicated, but nice-looking bumper and lower sill.

The profile includes fluted panels and an optional side door. Otherwise, there isn’t much else you can do with a van shape give the requirements of the vehicle.

We don’t yet get to see the inside, so we cannot comment on the interior. However, the current Transit is pretty good in terms of comfort and technology, so the E-Transit shouldn’t be a disappointment.

We understand that the 2023 Ford E-Transit Custom will feature the same motor and battery setup as the standard Transit.

That’s an electric motor in two sizes alongside a 68kWh battery pack.

That’s a decent range and should be plenty enough to satisfy the vast majority of van uses. Even the busiest couriers only cover between 50-150 miles per day depending on whether they are in the city or further afield.

This range should be plenty. 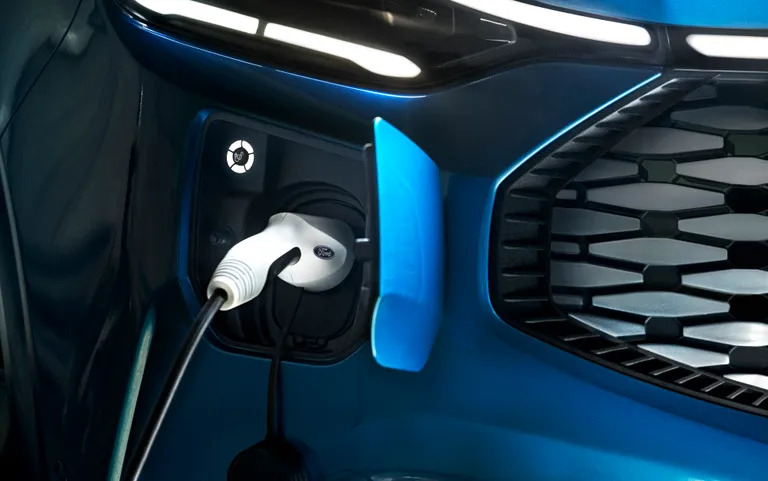 Charging can be via standard charging or a 115 kW fast charger. Times and specifics have yet to be revealed.

This all electric Ford Transit Van is an EU spec model and we don't know if we'll see it in Canada, but we sure hope we do because it looks great!

We’d love to help you with a new car loan. Simply fill in the form below and we’ll get back to you ASAP!