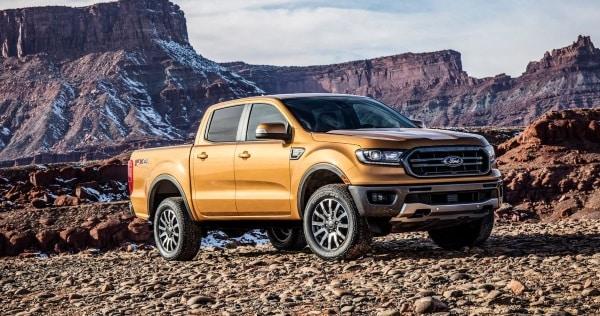 As if there weren’t enough reasons to be excited for the arrival of the 2019 Ford Ranger, if you town, there is another one. The new baby Ford truck will be bringing with it a new blind spot monitoring system specifically for those who tow.

The Blind Spot Information System (BLIS) system is designed specifically for towing but will also work without a trailer. A rear-facing radar will be set inside the Ranger’s taillights and will provide blind spot information to the driver. As soon as you add a trailer, the system will factor it in and project the radar to include the trailer for maximum driver safety.

As the Ranger is likely going to be bought more for leisure than work, towing may not be something the average drive does often. The BLIS system will work very well for these owners, offering more reassurance to occasional towers that they are driving safely and aren’t missing anything behind or beside them.

Even if you’re not towing, the BLIS system will still be useful when manoeuvring and parking. It will integrate with cross-traffic alerts to ensure the area around your Ford Ranger is clear and it is safe to reverse, turn, park or whatever.

According to Ford, the Blind Spot Information System (BLIS) system will come as standard on Ranger XLT and Lariat and likely will be optional on other trims.

To say the 2019 Ford Ranger is being eagerly awaited is something of an understatement. Truck fans across the continent who don’t want a full size truck are waiting for the Ranger to arrive. A baby truck with all the looks and most of the ability of its bigger brother, in a very tidy package.

We don’t know everything about the 2019 Ford Ranger yet. We do know what it will look like, think F-150 only smaller. We do know that it will use the 2.3-litre EcoBoost engine with Ford’s excellent 10 speed automatic transmission. We also know it will be either Supercab or Supercrew. The rest is up for debate.

We do expect similar trim levels and technology to feature in the Ranger as we get in the F-150. That includes the usual safety tech, infotainment and all the goodies we get now. There may be a few surprises too.