What did the Montreal Auto Show have to show us?

What did the Montreal Auto Show have to show us? 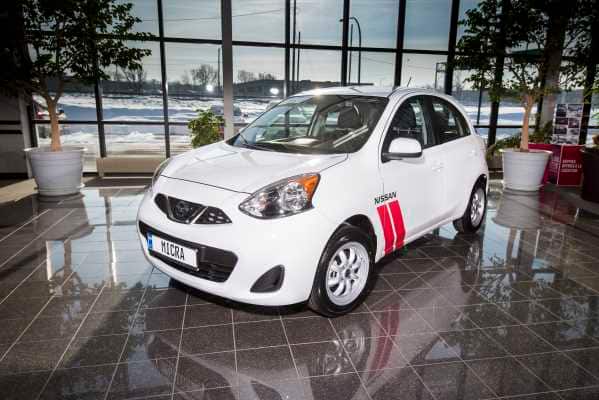 The Montreal Auto Show ran last week from 15 to 24 January and was a great success. We saw lots going on and it was easily as impressive as Detroit a couple of weeks ago. Nissan had quite a presence here as did Lincoln, Kia, Ford and Jeep.

Other manufacturers to show included Lamborghini, Audi, Buick, Mitsubishi, BMW, McLaren, Bentley, Aston Martin, Subaru and many more. It was a packed Palais des congrès de Montréal both in terms of cars and attendees. There were plenty of new innovations and new models to see both from manufacturers we work with and ones we don’t.

Two highlights for us were the Nissan reveals of the 2016 Nissan Sentra and Altima. Neither of which were unknown of course, but it was good to see them both in the flesh. We’ll cover those two in a post of their own tomorrow. Other notable happenings were the showing of the new Ford Focus RS. We covered that car last week and it looks simply awesome. We can’t wait to get one into our dealerships!

The Nissan Micra Cup Edition takes on the look of those competition cars while still remaining sensible. The exterior looks like a Cup car, the alloy wheels are similar, the paintjob is similar and the badging is unique to these cars. As a bonus, there is a numbered plaque inside signed by the first Nissan Micra Cup winner Olivier Bédard.

Nissan Rogue Warrior
Another vehicle we covered last week was the Nissan Rogue Warrior concept. An awesome reimagining of a popular SUV. This custom crossover is a Canadian special that showed only at the Montreal Auto Show. With tracks instead of wheels and true go-anywhere capability, this was a real show stopper.

The end result is a Rogue that has 23 inches of ground clearance thanks to a Dominator track system. The tracks are 30 inches high and 48 inches long and there are four of them. The stock CVT transmission is ideal for this conversion and combined with the stock engine can propel this beast up to 62 mph.

Other of the Montreal Auto Show highlights for us were the BMW M2, the $2 million Pagani Huayra, the Hyundai Vision G Concept, McLaren 570S and the Lamborghini Aventador and Huracan.

If the Nissan Micra Cup Edition looks like a car you would like to own, you had better move quickly. With only limited numbers being made, they will sell fast. Contact Collins Nissan, 155 Scott Street, St. Catharines, Ontario, L2N 1H3 to order yours!