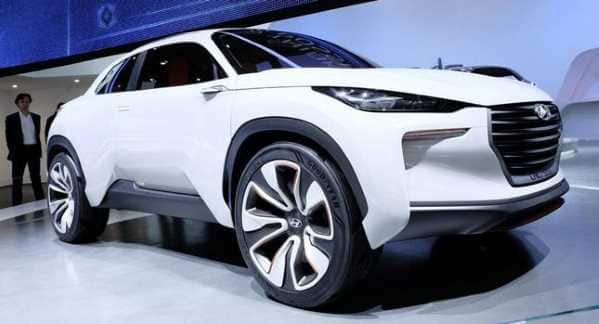 The annual Montreal Auto Show is running now between 16 and
25 January 2015. If you haven't visited already, you really should take a look.
There's always a lot going on at the show from new models including the new Hyundai Intrado, new concepts,
supercars and more. It's a great day out for all the family.

This year, we have seen a few unveilings of new cars, the
welcome return of the Performance Zone, more modified cars, lots of new cars
and a blood donor clinic. It's a real mix of cars and community and we love it!

Highlights so far for us have been:

The Hyundai Intrado Concept took us somewhat by surprise. We
knew something special was coming, we just didn't know exactly what. This
hydrogen powered crossover had been hinted at for a while, but we had no idea
it would actually appear at the show. It's a new design that uses hydrogen fuel
cells with a range of around 600 miles per charge.

While we love the standard range of cars we sell through our
Car Nation Canada dealerships, we also love it when people change things up. When
an artist combines forces with automotive experts to create something truly
special. That's what The Performance Zone is all about.

The partnering of an auto show and a blood donor clinic may
seem an odd one, but it should be seen as an opportunity to do some good. So
far, donations seem to be steady and a lot of good is being done right here. As
a donation only takes a few minutes and could help save lives, it's well worth
doing.

The range of exhibitors

There's a lot going on at the 2015 Montreal Auto Show and a
lot to see and do. With Kia-sponsored childcare onsite too, there really is no
excuse not to come!