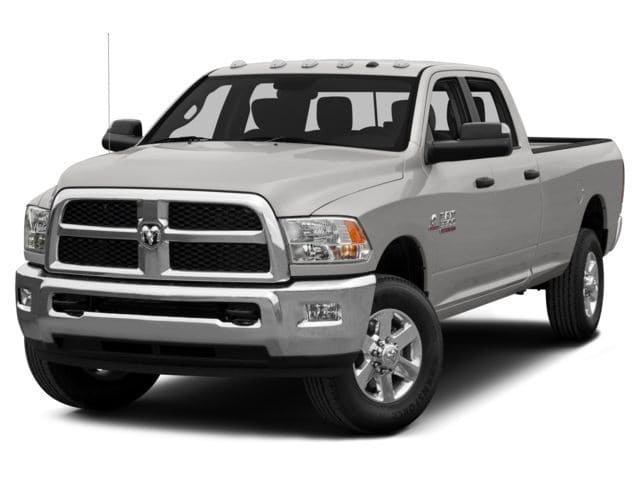 The 2016
Ram 2500 and 3500 trucks are taking the fight to the competition with their new
abilities. Torque, towing capacity and payload capacity have all been increased
so Ram can win this round of the numbers war.

The truck
market is a very masculine one. Big numbers make big sales. Some of it offers
real world benefits, but some of the numbers game is played just for
one-upmanship. We'll leave you to decide where this one sits.

The 2016
Ram 2500 increases its towing capacity to 17,980 pounds, retaining the crown
for the biggest tower in its class.

The big
news is with the 2016 Ram 3500 though. With the 6.7-litre Cummins diesel engine
and Aisin transmission, the truck now boasts 900 lb-ft of torque. That's 40
more than the Ford Power Stroke and the most torque ever produced by a factory
engine. Horsepower figures for the Cummins have yet to be released.

Other
changes for the Ram 3500 include a strengthened rear axle to increase towing
capacity to 31,210 pounds. That's a 1,210 pound increase than the 2015 model. It
also increases the payload capacity to 7,390 pounds, over a hundred pounds more
than the Ford F-450.

The current
2015 Ram 3500 is a solid workhorse of a truck with a bit of comfort thrown in.
The idea that a working truck has to be utilitarian and sparse is an anathema
to Ram, which is why you can outfit your truck to be as luxurious as any sedan.
If you're on the road several hours a day, you may as well work in comfort!

Go for the
Cummins and Aisin transmission and you can carry 6,580 pounds and tow up to
30,000 pounds.

With three
cab styles and three trim levels, there is a lot of configuring you can do to
build your perfect truck. You can specify a plain workhorse or you can have
something very comfortable. It depends entirely on what you need and your
budget. You can specify everything from chrome trim to leather and navigation.
Ram really does think of everything.