New Kia crossover on the way?

New Kia crossover on the way? 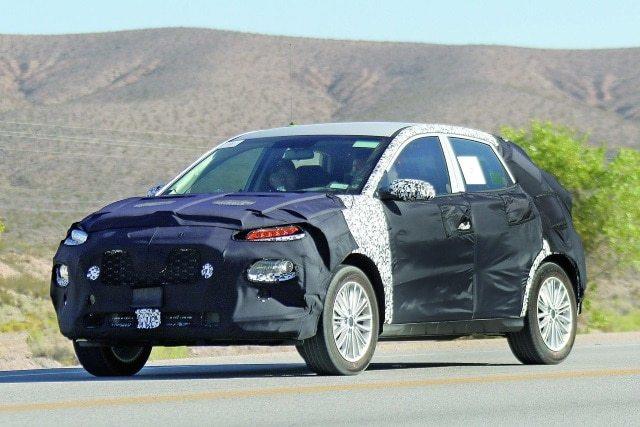 It looks like Kia may have a new small crossover in the making. Spy shots taken courtesy of Automotive News show a modest-sized crossover-type vehicle being tested out in the wild. What exactly it is we don’t yet know but we have an idea that it is the evolution of the Kia Provo concept.

We saw the Provo a couple of years ago in Europe and it looked intriguing. As Kia’s sibling, Hyundai are also planning a subcompact crossover, it makes sense to share the platform with Kia for something more daring and this could be it.

From the image, it looks a little smaller than the Kia Sportage and sits a little lower. While the angle isn’t great in the image, it looks like the new Kia has the tiger nose grille, a long and high hood, fairly compact wheelbase with a tall body. That is literally all we know right now.

We will, as always, keep an eye out for anything concrete.

2016 Kia Sportage
The 2016 Kia Sportage is one of the coolest crossovers we know of. Considering how well specified it is and the low sticker price, it’s no wonder we see so many of them on the road. It’s a cool, young design that still works for families. We like it a lot here at CNC.

The design has managed to soften all the edges. We now see a rounded front end with moulded bumpers with integral lights and vents. A steeply raked windshield flows effortlessly into a curved roof while rounded panels along the side continue the soft look. A rear window and rooftip spoiler both have curves to round out the look.

Inside is more upscale than you might expect from Kia if you haven’t driven one for a few years. Materials are top notch, finishing is excellent and levels of equipment are truly impressive. Cabin space is generous, with room enough for four adults and some cargo in back. The driving position is very comfortable and visibility is excellent all round.

The 2016 Kia Sportage is an excellent car whether you need it to move the family or just have fun. Visit Georgetown Kia, 199 and 314 Guelph Street, Georgetown, Ontario to arrange a test drive! Save time at the dealership! Fill out the finance pre-approval form here.