New Kia Cadenza on the way?

New Kia Cadenza on the way? 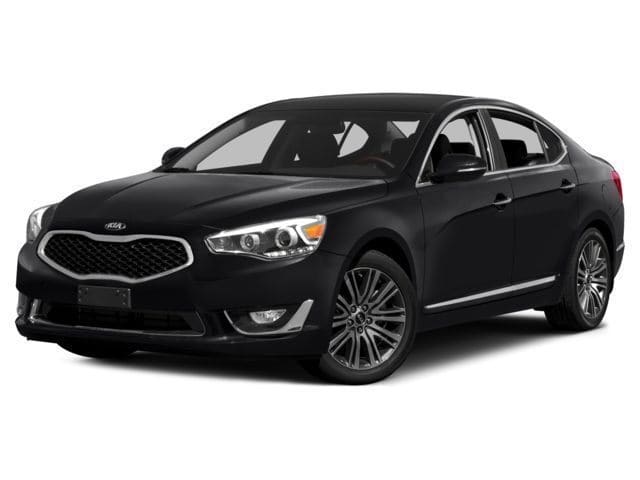 The new Kia Optima as seen during the Super Bowl 50 commercial is a good looking car. With no plans to rest on their laurels, Kia is taking the redesign brush to the Cadenza next. Rumours abound that the Korean automaker is planning an all-new Cadenza for 2017.
It will allegedly be tweaked to go head to head with the Lincoln MKZ and Nissan Maxima. Both of which have had some work done recently themselves.
Initially there were some doubts about the future of the Cadenza. Hyundai Motor America CEO Dave Zuchowski recently announced the demise of the Hyundai Azera. The Azera is the sister car to the Cadenza, so for a while we thought the Cadenza might also disappear. Fortunately, that’s not the case.
When asked, Kia Motors America said the Kia Cadenza is safe and that they will be bringing an all-new version of it to auto shows ‘in the near future.’
2016 Kia Cadenza
The current Cadenza is a very nice car indeed. The large sedan market is a tough one. At one end you have the German marques and then you have everyone else. All automakers have some strong models in the segment, especially Ford and Nissan. So a car that survives in this segment has to be a strong one. Fortunately, the 2016 Kia Cadenza is more than up to the task.
The design is simple, modern and very pleasing to the eye. The signature tiger nose is present in its new form and pairs well with the angled headlights to make a strong statement. A lower stance, simple side panels and a rising beltline adds a bit of character too.
Inside, the cabin of the 2016 Kia Cadenza is all about quality. Simplicity is evident here too and the car is better for it. Materials and finishing quality is obvious, as is the concentration on comfort and ergonomics. There is a lot of space in all positions and plenty of technology too.
Under the hood is a 3.3-litre V6 engine that delivers 293 hp and 255 lb-ft of torque. It uses a six speed automatic transmission to send power to the front.
Technology and features play a key role across the 2016 Kia Cadenza’s three trim levels. Even base trim offers 18 inch alloy wheels, fog lights, heated mirrors, reversing camera, keyless entry and ignition, universal garage door opener, climate control, 8 inch touchscreen, navigation, and a whole lot more. This car really is well specced.
With great looks, decent power and lots of features, the 2016 Kia Cadenza is a solid performer in the large sedan market. Visit Georgetown Kia, 199 and 314 Guelph Street, Georgetown, Ontario and see for yourself!