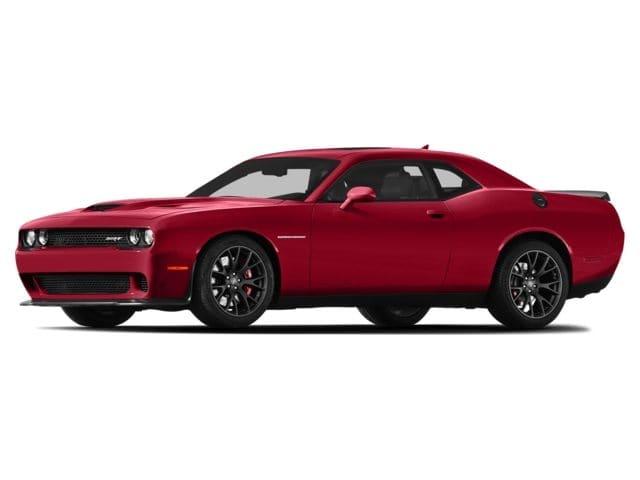 Mopar has
been busy these last few months. A couple of weeks ago, we reported the arrival
of the Mopar '15 Performance Kit for the Dodge Charger. Now we have news of
Mopar's 2015 Dodge Challenger Drag Pak.

We got a sneak
peek at this upgrade at the NHRA U.S. Nationals last year and liked what we
saw. It was a performance pack designed to elevate the strengths of the Dodge and bring joy to those thousands of owners who loving hitting that
quarter mile.

The 2015 Dodge
Challenger Drag Pak has two powertrain options. The first is a 7.0-litre HEMI
V8 (426 HEMI) with an aluminium heads and block, steel cylinder liners and
custom engine tuning to maximize output. The second engine is a supercharged
5.8-litre HEMI (354 Hemi) V8 and has had similar attention lavished upon it.

No
performance figures have been announced as yet for either engine.

To help
control all that power, the 2015 Dodge Challenger Drag Pak will also include
the TH400 automatic transmission with stick shifter, aluminium drive shaft,
Mopar racing wheels and Hoosier drag tyres in typical drag configuration. They
run 28 x 4.5 inches in the front and 30 x 9.0 in the rear.

Other
upgrades include uprated tubular steel front cradle, uprated suspension and
Mopar K-member with adjustable geometry. At the back, a Strange Engineering solid
axle with 40-splines, more adjustable suspension, and strengthened axle and
suspension mountings to keep it all in check.

To then
stop the Challenger once it has been fully unleashed is a set of race-spec
brake calipers, master cylinder and rotors.

As this is
a car destined for the drag strip, it has to be compliant. Therefore an
NHRA-approved roll cage, racing seats and composite hood are also included in
the price. A stripped out interior lowers weight but retains the instruments so
you can see what's going on. Extra dials and switches particular to drag racing
also adorn the dash.

“Today, we
write the next page in our performance playbook with the reveal of the
production Mopar Dodge Challenger Drag Pak, a vehicle that offers, for the
first time, a supercharged engine that provides our racers more options,” said
Pietro Gorlier, President and CEO of Mopar Brand Service, Parts and Customer
Care, FCA.

“Our brand
is committed to supporting Mopar drivers who compete at all levels. In 2014, we
debuted a new Dodge Dart NHRA Pro Stock car that won right out of the gate. In
2015, our new Dodge Charger R/T NHRA Funny Car did the same. Now, Mopar is
supercharging our Sportsman racers.”

Unfortunately,
the 2015 Dodge Challenger Drag Pak is not road legal, so any tyre burning is
going to have to be done on the strip. However, if you want a Challenger you
can drive on the road, check out the inventory at Parkway Chrysler Dodge JeepRam Mississauga, 2260 Battleford Road, Mississauga, ON, L5N 3K6.