Kia Imagine Concept will make it to production

Kia Imagine Concept will make it to production 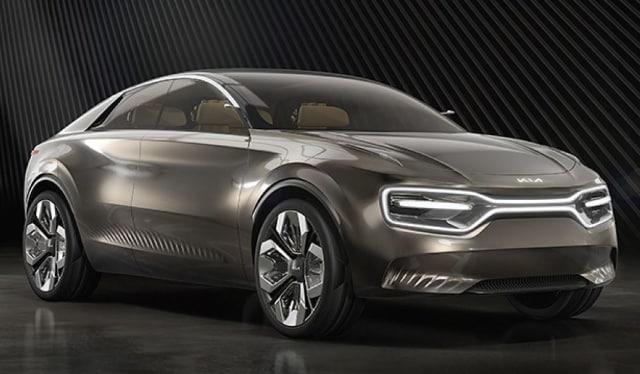 Kia showed the Imagine Concept at the Geneva Auto Show back in March and is caused quite a stir. The design was awesome and offered one of the best looking cars at the show. News is now circulating that the concept is going to make it to production. Better still, it will look very similar to what we saw in Geneva.

Kia have almost confirmed that the Imagine Concept it on its way to production, stopping off at the design studio for refinement before it does. Kia’s chief designer Luc Donkerwolke said as much in an interview with UK car magazine Auto Express.
‘I believe we will see a completely new diversification of typologies. This car hybridizes between a typical fastback five-door coupe architecture and an SUV, finding its own identity. I don't see anything that's really not feasible. There are some cost-related issues that have to be validated. It hasn't been done by designers who don't understand how to build a car for production.’
Conceptualizing
The original concept was to showcase Kia’s future direction in terms of design and to show off some new ideas for EVs. The concept included induction charging will require a special charger and suicide doors. I think it safe to assume neither of these will make it to production. Conductive charging is definitely in the future but there isn’t the infrastructure to support it yet.
When the Imagine Concept completes the redesign I think it safe to assume it will feature conventional doors and a conventional plug-in charging system. At least to begin with. You will also likely see smaller wheels as those on the concept are larger than optimum.
Whether we will see mirrors where cameras are on the concept and the style of lighting remain is up for debate but I hope so. Such a small thing like removing side mirrors does a lot to the design, making it look much sleeker and emphasizing that waistline even more than it already has.
The interior will also need quite a lot of tweaking as the Imagine Concept really did have a futuristic cabin. That’s where Kia’s current range of interiors could come in. A combination of the funkiness of the Soul’s interior combined with the luxury and technology of the Sorento would make a nice mix.
The platform is said to be all new, using a unique design that has been configured from the ground up for EVs. Both Kia and Hyundai are said to have worked on this new platform and are planning to use it in other future models.
If the Kia Imagine Concept actually does make it to production looking anything close to how it does, it is going to change this brand forever. I really hope it does!
For top quality Kia’s in the here and now, visit Grimsby Kia, 435 South Service Road Grimsby, ON L3M 4E8.