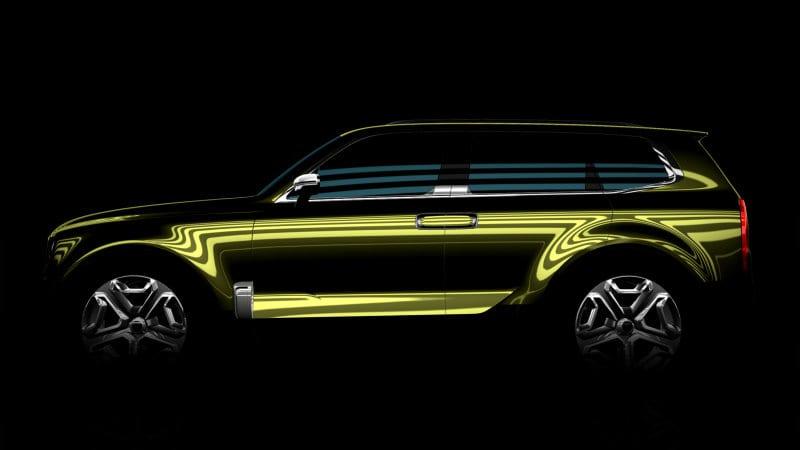 This is a great time of year for learning about upcoming models and seeing glimpses of new concepts and ideas. The auto show season is a fantastic season and no more so when you get to see an automaker try something completely different. That’s what Kia is hinting at with its SUV concept.

All we have so far is this teaser image. The profile of the SUV looks reminiscent of a Range Rover or Toyota Land Cruiser. Combined with that signature Kia green/yellow colour, chrome accents and large alloy wheels, we definitely have an interesting concept on our hands.

This concept was apparently designed in Kia’s Californian design studio and will include as much technology as they can fit into it. That will include ‘state-of-the-art health-and-wellness technology,’ whatever that might be. Much more than that we really don’t know.

We have seen an SUV from the Korean automaker once before but it didn’t last long. The Kia Borrego was released back in 2009 but was withdrawn shortly after in 2011. While the vehicle itself was pretty good, it was released just as gas prices hit an all-time high and didn’t do so well.

It was Kia’s largest vehicle at the time and their first foray into V8 engines. That V8 power led directly to the Borrago’s demise, so we can confidently expect something smaller this time round. We can also expect improved aesthetics now Peter Schreyer is working his magic with the brand. While there isn’t a whole lot one can do to make an SUV svelte, we bet this concept will achieve it.

SUV sales are surging across Canada and the United States. That’s partly thanks to lower gas prices but also has a lot to do with the range of quality vehicles and the shift towards fuel efficiency. SUVs are now much lighter and more fuel efficient than before while still offering large interiors for passengers and cargo.

We think the trend for driving SUVs will continue long into the future and it seems Kia does too. As the release says, the Kia SUV concept will appear at the 2016 North American International Auto Show in Detroit this week.

If you’re interested in Kia’s current range of vehicles, visit Parkway Chrysler Dodge Jeep Ram Mississauga, 2260 Battleford Road, Mississauga, ON, L5N 3K6. There are always deals to be had!