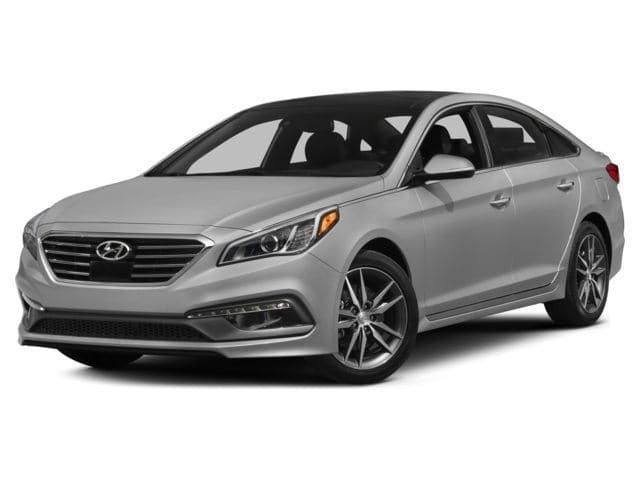 It's hard
to believe that the Hyundai Sonata is 30 years old this year. Introduced in
1985, the midzise sedan has been a regular feature on our streets for the
longest time and has had the longest journey.

Those early
Hyundai cars had designs only a mother could love. They felt cheap, were boxy
and didn't look that great. Yet they sold well despite all that. The idea that
we could buy a foreign car for much less than a domestic model was too much
temptation for many and we began seeing them more and more.

The current
Hyundai Sonata is the seventh generation of the car the Korean automaker credits
with helping them survive in North America. In those thirty years, over 7.3
million Sonatas have been sold.

"The
Sonata has been a huge factor in Hyundai's growth not only in the U.S., but
around the world," said Hyundai Motor America chief Dave Zuchowski.
"During its 30-year history, we have been able to craft and evolve Sonata
to the ever-changing needs of our customers. And, with the Sonata family
growing this summer to include the all-new Sonata Plug-In Hybrid, we're
expanding an already diverse lineup with something for everyone."

The 2015 Hyundai
Sonata is a new car and improves design, build quality and that ownership
experience once more. The new direction is a sensible one, with a more refined
design and interior, nicer materials, higher quality finishing and a great big
list of options.

The cabin
is spacious enough for four adults, has plenty of head and legroom and good
visibility all round. It's quiet too, with very little road noise creeping in
even during highway driving.

With a ton
of options, two decent engines, good gas mileage and sensible pricing, the 2015
Hyundai Sonata is solid contender for the midsize sedan market. It's no wonder
it has lasted 30 years!