What’s on at the 2017 Canadian International Auto Show

What’s on at the 2017 Canadian International Auto Show 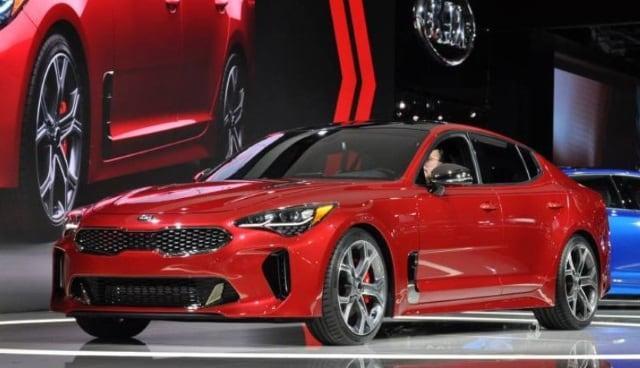 The 2017 Canadian International Auto Show is currently on at the Metro Toronto Convention Centre. It runs from 17 to 26 February and is the go-to auto show in our part of the world. With over a thousand vehicles on display from some of the largest manufacturers in the world, there is a lot to see here.

Lincoln Navigator
The new Lincoln Navigator concept is one of our personal highlights. The luxury SUV gets some innovative touches that elevates it even higher than the norm. Roll-out side steps, a wardrobe in the rear and gull wing doors make this concept stand out. While we don’t expect to see some of these features on a future production model, it’s good to see a Lincoln at a show.

Kia Stinger
The Kia Stinger is gaining popularity by the day. The Korean automaker’s attempt to bring a sporty sedan to market has been a long time coming but now it is here, it looks worth the wait. The Stinger GT uses a 3.3-litre turbo V6 that delivers 365 hp and 376 lb-ft of torque to propel it along. A turbocharged 2.0-litre engine will also be available.

Ford Mustang, F-150 and EcoSport
Ford are showing the 2018 Ford Mustang, 2018 Ford F-150 and 2018 Ford EcoSport. All are proving popular with visitors as the stand is one of the most popular at the show. We knew the Mustang would be popular but the new version of the F-150 is proving quite the hit too!

With 41 new models being debuted, over 1,000 models being shown and several hundred million dollars’ worth of vehicles here, the 2017 Canadian International Auto Show is definitely one to visit if you are at all interested in cars.