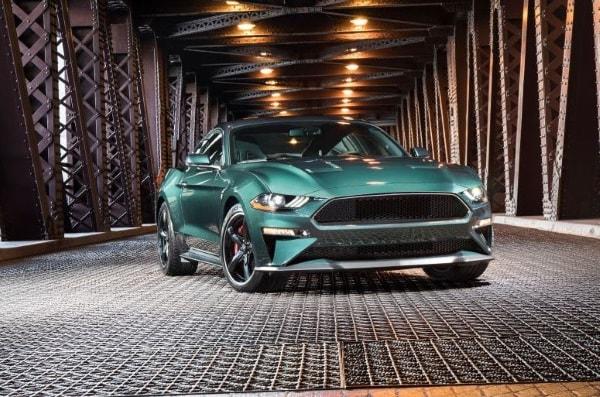 The 2018 Canadian International AutoShow ran all last week at the Metro Toronto Convention Centre in Toronto. Filling both the north and south buildings, the show was full of new vehicles, technology, future tech, concepts and shiny things to see and occasionally touch.

The show was billed as being the largest ever and it certainly looked that way. Over one thousand vehicles from more than 125 companies were vying for our attention. The glare from polished chrome and bodywork was blinding. But the opportunity to see so many automakers in one place at Canada’s largest show was too good to miss.

The New Movement
Each year the show has a theme. This year it was ‘The New Movement’. It concentrated on the changing auto industry and the increased pace of development and consumer demand. It also featured the increased opportunity for customization and personalization we are beginning to see with our cars.

We got to see what new engine technology, alternative fuels, new autonomous technology and a bunch of ideas for future technologies. The Automotive Intelligence Series was an opportunity to talk with and listen to, auto industry pioneers about a range of subjects from electrification, women in the auto industry, automation and a whole lot more.

50 Years of Hot Wheels added a little light heartedness to proceedings and a little light relief for the kids. Celebrating fifty years, the iconic toy company had installed a huge track and placed life size versions of the toys around it.

There were a few cars there too. Most notably the Koenigsegg Agera RS. The Swedish exotic has broken most production car speed records that exist and will be coming to Canada soon. You will need seriously deep pockets to afford one though. Porsche was there too, celebrating its 70th birthday.

Ford showed a 2019 Ford Mustang Bullitt, which got a lot of attention. I covered it a couple weeks ago and loved what I saw. Seeing it up close was even better. We also got to see the 2019 Ford Ranger, although we couldn’t learn much more about it.

Lincoln, Jeep, Kia, Nissan and FCA were all there too showing new models of vehicles that I will be covering over the next few weeks. There were no new reveals though, just the opportunity to see the cars we had been hearing about in the flesh.

The Canadian International AutoShow is the largest of its kind in the country and one of the prime auto shows on the world stage. It is testament to how strong the motoring community is in Canada and I am proud to be even a tiny part of that.