The Nissan Maxima that almost never was

The Nissan Maxima that almost never was 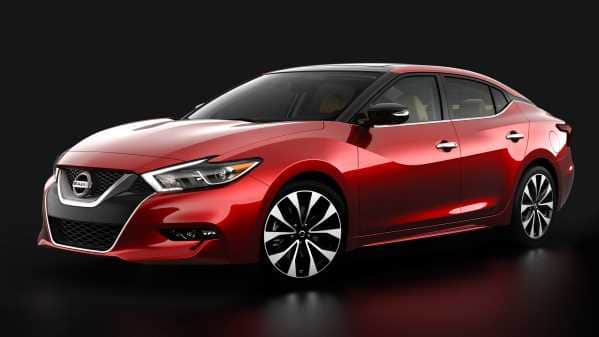 We spoke about the new Nissan Maxima a couple of weeks ago
and how we were looking forward to getting some hands on time with it. So we
were surprised to learn that it almost never happened. Nissan apparently had
plans to shelve the model altogether.

According to Automotive News, Nissan were planning to halt
production of the long running Nissan Maxima three years ago. The Maxima is
Nissan's longest running continuous production model, having been with us for
34 years this year.

Launched in 1981, the Maxima has always been a sedan that
resonated well with North Americans. While it took us a while to warm up to
imports, the Maxima was one of the pivotal cars that helped Asian automakers
really hit the mainstream. Imported cars had sold in reasonable numbers up
until then, but it was the Maxima and a couple of others that sealed the deal.

According to Nissan, the Maxima wasn't on the automaker's
roadmap for the future. They wanted to concentrate on smaller, cheaper and more
fuel efficient models. The argument against the Maxima was that people were
still tightening their belts and oil prices were high. The argument for it was
that the Maxima is the ideal stepping stone onto the bottom rung of luxury.

Fortunately, the argument for the Maxima prevailed!

The 2016 Nissan Maxima will go on sale in June and brings
with it all that history but also a brand new car. This year's Maxima isn't
just a model refresh or a car with a few extra tweaks and options, this is a
new car altogether.

Externally, the 2016 Nissan Maxima is much more rounded and
has a larger profile. The design is sculpted with areas of interest on each
panel. Rather than tone down the luxury sports theme, Nissan have elected to expand
it. The car is long, low and has quite an overhang at the front, yet it works
brilliantly.

Inside, the driving position is excellent. The fighter
cockpit inspired dash has everything directed towards the driver, with slightly
angled centre stack and a neat hood over the instrument panel. Space and luxury
are not at a premium here either.

Under the hood is a 3.5-litre VQ V6 engine that's good for
300 hp. Much of the motor is new and comes with slightly more power than the
outgoing engine and more gas mileage too. It will work in concert with a CVT
transmission with switchable driving modes.

The 2016 Nissan Maxima will be on sale in June, check out CollinsNissan, 155 Scott St., St. Catharines, ON L2N1H3 for prices and availability!