The Grand Tour arrives in November

The Grand Tour arrives in November 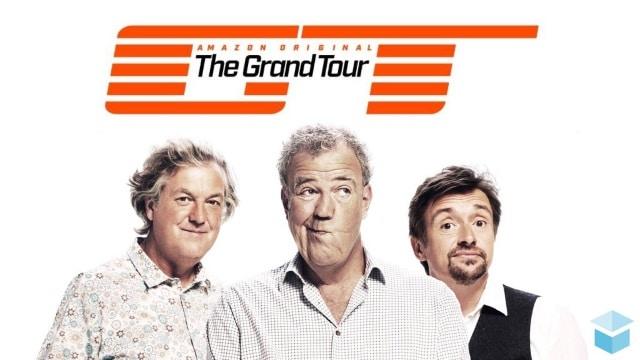 I thought I would end this week on a light-hearted note by mentioning that Amazon’s The Grand Tour makes its TV debut on November 18.

Nobody could have predicted how popular three crusty middle aged Brits talking about cars would be. Yet Top Gear was exported to over 50 countries and made millions of dollars for the BBC every year it ran, except this year presumably. So it must have been exceptionally painful for them to let the trio who made the show go, especially given how lukewarm the remake was earlier in the summer.

So the three Brits are back. Amazon were able to outbid Netflix and other apparently interested parties to secure a new car show for TV featuring Jeremy Clarkson, James May and Richard Hammond. A lot about what the show will look and feel like has been kept under wraps. Yet given how much (apparent) creative freedom the three were given over how the show was put together, it could literally be anything.

It looks like the boys are starting as they mean to go on. The teaser shows a Ferrari LaFerrari, McLaren P1 and a Porsche 918 Spyder. All adorn many petrol head’s walls right now and all are on most of our dream car list. Apparently, the new Aston Martin Vulcan and Alfa Romeo 4C will also feature in this first series too.

Production values at the BBC are high and it looks like those value will continue through the switch to Amazon. Given that producer Andy Wilman also moved to the show with the presenters, we can expect a lot of the same quality that we saw before. However, time will tell.

Top Gear got a little repetitive in later series so it will be interesting to see whether that was down to a lack of ideas or lack of creative freedom. As The Grand Tour hits TV screens on November 18, we don’t have long to wait!