Should you Buy a Hybrid Jeep Wrangler in Canada?

Should you Buy a Hybrid Jeep Wrangler in Canada? 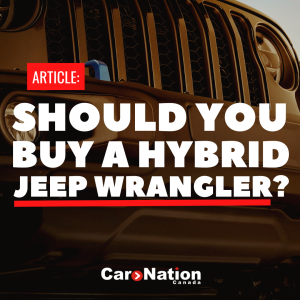 If you are in the market for a new car but not ready to make the switch to an EV, you should consider switching over to a hybrid; a hybrid combines the best of both worlds.   The money-saving benefits of electric and the reliability of gasoline when charging stations are not an option.   […] 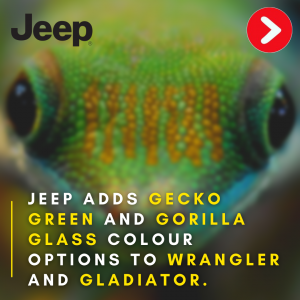 New Jeep colours have been announced! both options for the Jeep Wrangler and Jeep Gladiator. Both will be available as factory options rather than aftermarket, offering even more choice for the two vehicles.   First, is the Gecko Green colour. It’s a colour for those who aren’t shy that’s for sure and a colour only […] 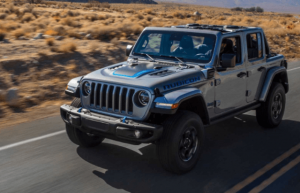 The hotly anticipated new Jeep, the Wrangler 4xe begins production in Toledo, Ohio. The electric variant of the world’s most famous off roader has begun hitting the production line and should be ready for dealerships in the New Year. Jeep says this model is the most technologically advanced Wrangler ever. Given the relatively basic design […]

Everything we know about the Jeep Wrangler 4xe PHEV

Few vehicles have the kind of legacy that Jeep has to live up to. Few have the weight of millions of fans who pore over every change and criticize everything they don’t like quite so vocally either. That makes waiting for the Jeep Wrangler 4xe PHEV something of a nervous time. But what do we […]

Jeep hinting the return of the Wagoneer 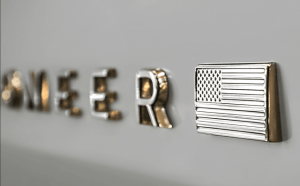 Jeep has been very busy of late with new models coming left, right and centre. I’m sure it has nothing whatsoever to do with the arrival of the Ford Bronco. Adding to that list of new models is perhaps a new Jeep Wagoneer. If recent hints are to be believed anyway. Whatever the motive behind […] 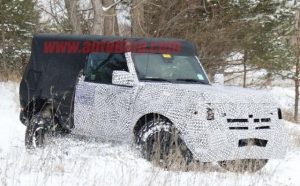 The upcoming Ford Bronco has to be one of the most hotly anticipated trucks of 2020. In a market saturated with light trucks, this new Ford has somehow managed to leverage nostalgia and a desire for something as good as the F-150, only smaller. We have seen lots of spy shots of the four door […]

Jeep confirms more electric models are on the way 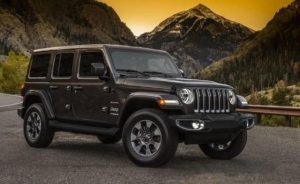 After covering the Jeep Wrangler 4xe last week, I decided to look more into how Jeep was handling a changing auto market. We knew the automaker was planning electric models for some point in the future but not exactly what, when or where. Today we know a little more. We know that Jeep is planning […] 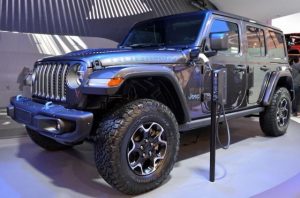 The new hybrid Jeep has been tagged as the ‘4xe’. FCA announced the new name last week and said the 4xe name would be shared across Wrangler, Compass and Renegade models to denote the EV element of these new vehicles. It forms part of Jeep’s aim to offer an electric variant of all its models […]