Step back in time with the Continuation Shelby Mustang

Step back in time with the Continuation Shelby Mustang 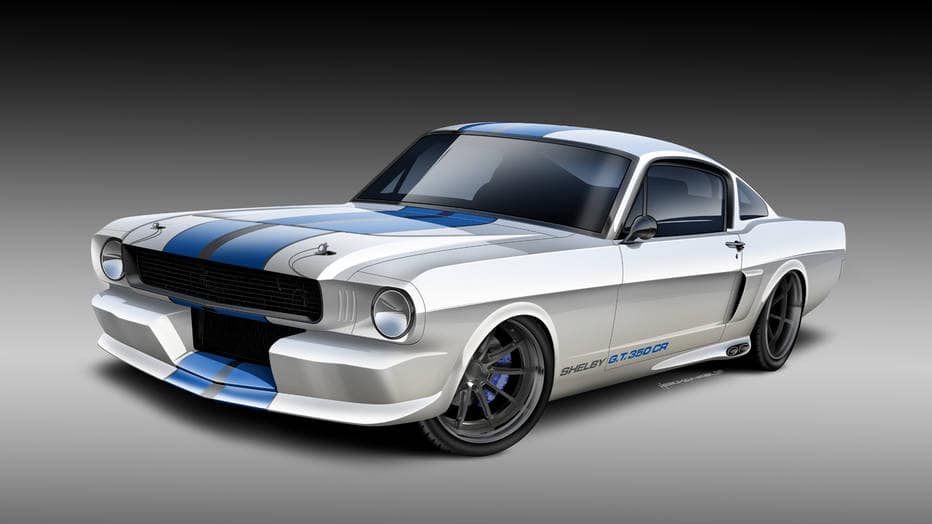 We love new cars here at Car Nation Canada. While not specifically modernists at heart, we like cutting edge design, sleek shapes, cool tech and attractive modern profiles of current vehicles. Yet we can also appreciate the beauty of a classic. That is especially true of the Continuation Shelby Mustang we heard about last week.

Once we overcame the annoyance of never hearing about this car or manufacturer before, we got to admiring the sheer loveliness of these creations. Built with official Shelby licensing, the cars from Classic Recreations are sublime machines of true beauty. With a range built around the Shelby GT 500, these classics have all the attraction of muscle cars in their heyday with some of the practicality of a modern car.

These cars are hand built with authentic parts and can be built to your exact requirements. Engines are usually of the V8 variety and can be configured to deliver anything between 420 and 1,000 hp.

While big block engines are the norm, you can even specify your car to have the new EcoBoost engines that feature in the new Ford Mustang. The 3.5-litre V6 can fit right in and put all of its 365 hp to good use inside one of these lovely body shells. If you want to take that a bit further, you could order the 2.0-litre EcoBoost four cylinder engine too. The engine, taken from a Focus ST can slot right into the car for a practical engine that still delivers 300 hp.

Press release is below. (Source)
“CLASSIC RECREATIONS FIRST TO OFFER ECOBOOST ENGINES IN SHELBY MUSTANG CONTINUATION CARS
Oklahoma-based coachbuilder will offer the twin turbocharged 3.5L EcoBoost V6 in 1966 GT350CR and 1967 GT500CR models worldwide and the 2.0L turbocharged EcoBoost 4-cylinder to the Chinese market.
Yukon, Okla. (December, 2015) – Classic Recreations, the only licensed and factory authorized builder of Shelby Mustang continuation cars, is pleased to announce the addition of Ford's powerful EcoBoost engines to the lineup of powertrains for its 1966 GT350CR and 1967 GT500CR Shelby Mustangs. Ford's EcoBoost engines represent an incredible leap forward in power, performance and efficiency for driving-focused customers and those in locations where fuel costs or displacement taxes make the V8 engine prohibitively expensive.

The 3.5L twin turbocharged V6 EcoBoost comes from the factory with 365 horsepower and 420 lb/ft of torque, thanks to high pressure direct fuel injection, variable cam timing, forged internals and dual water cooled Honeywell/Garrett GT15 turbochargers. Thanks to all-aluminum construction, the engine offers a substantial weight reduction compared to the iron-block V8 originally equipped in the car. The combination of a virtually flat torque curve and light weight along with the modern suspension options will make this one of the best handling muscle cars ever made. For those seeking more power, the 3.5 can be tuned and equipped with larger turbos to produce over 600 horsepower while maintaining reliability.

"For years we have proudly hand-built the only officially licensed Shelby Mustang continuation cars in the world, but that doesn't mean we are stuck in the past," said Classic Recreations owner Jason Engel. "Our clients come from all over the world and they expect the very best – they want the looks of a classic Shelby, with the performance and reliability of a modern sports car. We can now give customers who want a lightweight but extremely smooth and powerful vehicle the 3.5L option, which is similar to the powertrain the upcoming Ford GT, and we now have an excellent option for our Chinese customers with the EcoBoost 2.0L. It's powerful, light and can be serviced at any Ford dealer worldwide."

Classic Recreations will offer the 300hp, 2.0 liter 4-cylinder EcoBoost engine that has become extremely popular in the Ford Focus ST to customers in the Chinese market, where imported vehicles are subject to strict engine displacement taxes and regulation. After an ECU tune for premium fuel, the engine is rated at 300 horsepower and 360 lb/ft of torque, thanks to Ti-VCT twin independent variable camshaft timing, a Borg-Warner turbocharger that spins at speeds up to 195,000 rpm optimized to create peak torque between 2,000-4,000 rpm. This engine only weighs 300 lbs, giving it one of the best power-to-weight ratios of any engine ever offered in a classic Shelby.

"The Shelby Mustang continuation cars built by Classic Recreations are not only beautiful, high-quality cars, they hold true to Carroll Shelby's vision of packaging the latest Ford performance engines in the iconic Mustang platform," said Neil Cummings, CEO of Carroll Shelby Licensing, Inc. "Jason and his team have continuously produced beautiful Shelby continuation cars over the years and we are proud to include them in the Shelby Registry."

Both EcoBoost models will be available with either standard or automatic transmissions, and the full line of V8 engines – including Coyote and Windsor models ranging from 420 to over 1,000 horsepower – will still be available as well.”