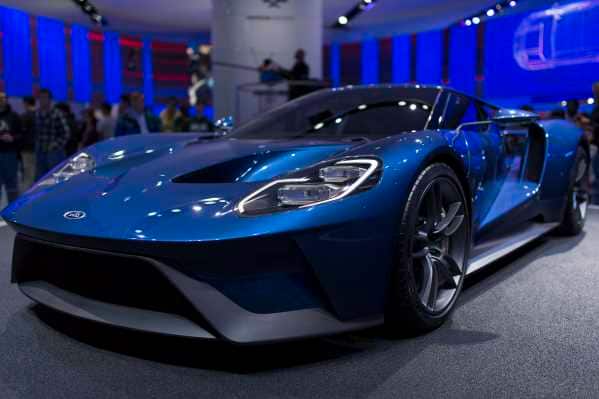 If you love the look of the new super Ford and have enough money lying around, you will be pleased to know the order books are now open. Ford enabled pre-orders for the 2017 Ford GT last week and we expect a sell-out quite quickly. With only 500 Ford GTs being built, competition will be fierce.

Buying a new Ford GT isn’t your usual car buying expedition though. Rather than visiting a dealership and selecting the car you want, you have to apply. Applications go directly to Ford and buyers are selected and notified by Ford themselves.

"The purchase process for the Ford GT is as unique as our all-new supercar," said Henry Ford III, global marketing manager, Ford Performance. "We understand GT customers are strong ambassadors for Ford Motor Company, and we look forward to providing them a service as distinct as the car itself."

That word ‘ambassador’ is important. Buyers have to sign a legally binding agreement to be a Ford ambassador when owning the 2017 Ford GT. You have to agree to drive it regularly (tough one), keep it for a minimum period (even tougher) and a few other unnamed conditions.

2017 Ford GT
The 2017 Ford GT is an awesome looking car! First shown at Detroit during 2015, the car hasn’t been far from the headlines, or our imagination since. Now it’s possible to own one.

Not only does it look amazing, the 2017 Ford GT is also full of technology. From active suspension, active aerodynamics and computer control to Ford Sync 3, digital displays and paddle shifting, this car is designed for those who love new tech as well as cool cars.

The 3.5-litre supercharged V6 engine is an EcoBoost unit that delivers ‘more than 600 hp’ through the rear wheels. We expect torque numbers to be over 500 lb-ft too.

With jaw dropping looks, exhilarating performance and a cache that few other cars can match, we expect applications for this new fast Ford to be many. If you have the cash, the time to drive it and can keep it for a while, applications can be submitted here.

For the rest of us, more affordable Fords can be found here at Northway Ford Lincoln, 388 King George Road Brantford ON N3S 3N2.