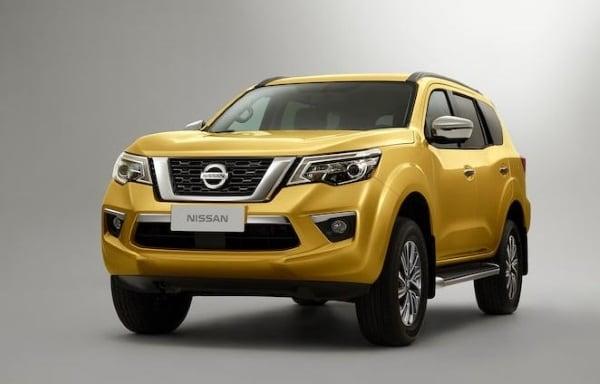 Nissan have unveiled a new SUV for the China market that could just be the new Nissan Xterra. It might not be of course, but you know us motoring journalists and how we like to speculate!

The model on show is actually called the Nissan Terra and may or may not be a preview of the new Nissan SUV we have been promised here in North America. Opinion seems split right now. Some analysts say this could be the basis for the Xterra while others say not. I am thinking it could be but there is not yet enough evidence to say one way or the other.

Specifically, Nissan have said they want to increase their SUV presence by 40% by 2022, which is why we are speculating at all. Four years is not a long time to release that many new models.

After the Nissan Xterra left our shores back in 2015, we have been waiting for some kind of announcement of its return. Last year, someone reliable in Nissan said the automaker was planning for it to make a comeback but didn’t know when. What they did say was that Nissan were working hard to beat the Ford Bronco to market. That means the company really does not have long. We expect the Bronco to go on sale at the end of 2019 or early 2020.

They also hinted that it will be built upon a new Frontier rather than this Terra. As the new Frontier is also due a completely new version, one may indeed be dependent on the other.

New Frontier
The Nissan Frontier is the underdog of light trucks. It faces serious competition and despite being very competent, has not been able to break the market currently dominated by domestic brands. That’s a shame as the Frontier is actually pretty good.

The Nissan Frontier is smaller than the Titan and looks a bit like a Navarra. A solid shape with bold front end and Nissan V grille, moulded front wheel arches and rugged design makes it a standout on the road. The cabin is up to Nissan’s usual quality with good interior space, top quality materials and nice design.

It is available as AWD or RWD with two engine options. The first, a 2.5-litre four cylinder that produces 152 hp and a 4.0-litre V6 that produces 261 hp. Both use a five speed automatic transmission to put the power down.

Whether or not we get to see a new Xterra soon, the new Terra looks good. If nothing else, it shows us that Nissan are still trying to push the envelope!