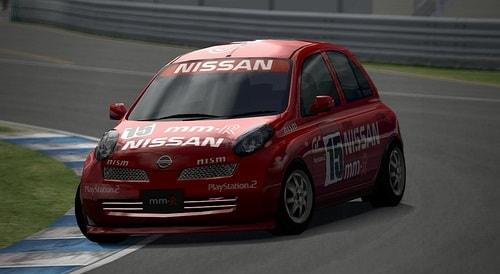 To
celebrate the return of the Nissan Micra to Canada, a new racing series just
for the small car has been created. The Nissan Micra Cup is no longer something
from video games, it is an actual thing and it is going to be hitting racetracks
soon.

Nissan and
JD Motorsport have partnered up to deliver the Nissan Micra Cup from 2015. We
have known about the impending arrival of the series for a while now, but it’s
only this month that we have any concrete details about it.

The series seeks
to show off the Nissan Micra while being an intermediate formula between
karting and full racing. It will use a Nissan Micra Cup edition which can be
bought for just under $20,000 CAD. That makes it a very accessible racing
series!

The Nissan
Micra Cup has the same 1.6-liter engine as the road going car which has 109 hp
and 107 lb-ft of torque. The same five-speed transmission will also feature.
Upgrades are mainly in the handing and safety department and are significant.

They
include NISMO tuned suspension, FIA-standard racing seat, fire extinguisher,
racing exhaust, Pirelli, race tires, roll cage, safety net, racing brakes and a
tow hook. Serious weight reduction will also form part of the Cup, although the
actual race weight has yet to be announced. Nissan said it will be
“surprising.”

Christian
Meunier, president of Nissan Canada Inc. had this to say:

“The Nissan
Micra Cup offers competitors the one of-a-kind opportunity to push the limits
and hit speeds they never thought they could behind the wheel of Canada’s most
attainable vehicle, the Nissan Micra.”

“Nissan’s
heritage is intrinsically connected to motorsports and dates back to the
1930?s. Therefore, we are proud to return to our roots in such a unique way,
and in Canada! Through this collaboration with JD Motorsport Organization we
have developed a highly accessible and extremely fun series for the Canadian
motorsport enthusiast who has a dream to compete.”

For the
2015 race calendar, the Nissan Micra Cup will run entirely in Quebec, but plans
are afoot to expand coverage to more states as the series evolves.

Considering
how accessible the series is, we expect it to be very popular indeed. There
aren’t many other formulas where you can buy a complete race prepared car for
under $20k!