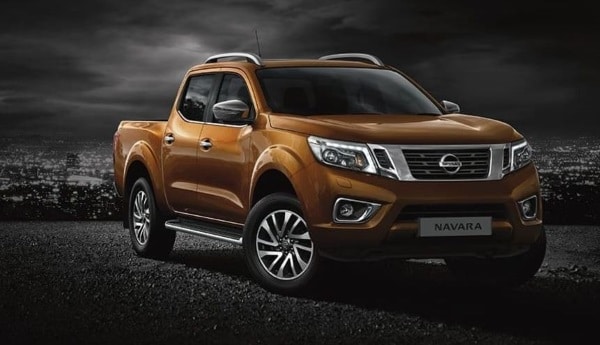 Nissan is apparently thinking about taking on the Ford Ranger Raptor with a variant of its own. The Ranger Raptor hasn’t even been launched here officially yet, but automakers are already looking at their options to deny Ford dominance in yet another market.

There is no doubt that the Ranger Raptor is going to be a big hit when it launches. Just how big that splash will be depends more on our appetite for smaller trucks than what competition is out there to keep it honest. With the F-150 selling constantly, how many people want a smaller truck?

Well me for one. I would love something that I could throw my mountain bike in back and disappear off road. I don’t need a full size truck and bikes don’t fit easily into crossovers. For people like me, smaller trucks are the ideal. Add a performance model like a Raptor and I am already looking for my check book. It seems Nissan think the same way.

Nissan Navarra
Apparently the Japanese automaker is considering bolting a Mercedes-Benz diesel engine into a Nissan Navarra and building it up from there. They say that adding a sports variant of the existing truck wouldn’t be too difficult and that they could achieve a similar effect to the Ranger Raptor.

That’s according to Ashwani Gupta, the boss at Renault-Nissan-Mitsubishi's light commercial vehicles division anyway. He was interviewed by Australian auto website Motoring last week and said:

‘If you would had asked me this question yesterday [about a Raptor rival] I would have said this is not in our priority list. But if you are asking this question today, then I am saying this is an opportunity we would like to study’.

He went on to say that the current NP300 Navarra would be quite straightforward to upgrade to be a Ranger Raptor rival. The chassis is already used as the basis for the Mercedes-Benz X-Class and by using a diesel engine from the automaker, most of the hard work has already been done.

Arguably, the Navarra is a solid truck. It is reliable, capable and not bad looking. It is a shame that it faces such stiff domestic competition otherwise we would see many more of them on the roads of Canada. Drive anywhere in Europe or many places in Asia and you see them everywhere.

Perhaps a Navarra styled to take on the Ranger Raptor is the answer. We shall have to wait and see for that.