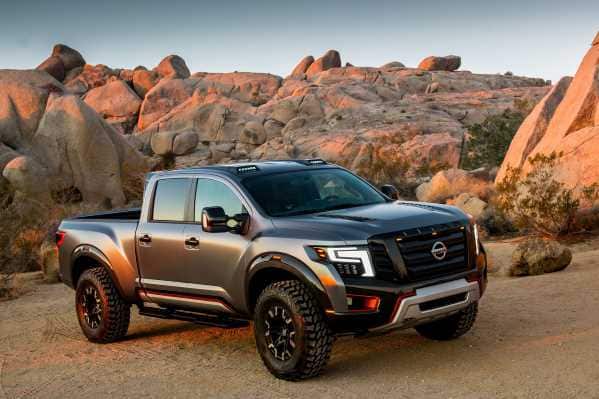 Nissan have offered a preview of the single cab option for the 2017 Nissan Titan. They showed it last week and received a lot of positive feedback. The two seat version of the truck is designed to lower the cost of entry to a new Titan and will be available in both standard and Titan XD configurations.

The current Nissan Titan is a Crew Cab so this single cab version widens the appeal somewhat. A larger King Cab version is on the cards for release at a later date. The intent is for the Japanese automaker to offer a full range of options for its truck, including, three bed lengths, 4x4 and 4x2, three engines and five trims.

The intent is to mimic the approach of Ford and Ram, to have a truck variant that covers the majority of the market requirements. Given the critical acclaim heaped on the Titan so far, we think it could compete credibly with our domestic brands.

The single cab Titan will see release later this year.

2017 Nissan Titan
The 2017 Nissan Titan will be an all new truck. It uses a new chassis, suspension, running gear and interior. This truck has been designed to attract more mainstream users than would opt for the Titan XD and this is a bit smaller, lower and lighter. It should drive more like a car and less like a truck too.

"The 2017 Titan half-ton has the same aggressive style of the Titan XD, but is about a foot shorter in wheelbase," said Fred Diaz, division vice president and general manager, North America Trucks and Light Commercial Vehicles, Nissan North America, Inc., revealing the new truck during a press conference at the auto show.

"They share the same cabs, but while it offers similar ruggedness and durability, the Titan half-ton's chassis is completely different than XD."

There is no pretending that Nissan doesn’t have a massive hill to climb to take market share away from the Ford F-150 or Ram 1500. Those two trucks are massive sellers and with good reason. However, that isn’t to say the 2017 Nissan Titan isn’t any good or won’t appeal to many buyers, because it is and it will.

Anyone who doesn’t need a big truck but still wants to haul stuff around will like the 2017 Nissan Titan. The smaller size makes it easier to manage around town and cheaper to run too. The base engine is a gasoline V6 while a 5.6-liter V8 will be an option. We know the V8 will come with a seven speed automatic transmission but we don’t know what the V6 will use.

Options, ratings and specifications have yet to be released by Nissan but given we are expecting the 2017 Nissan Titan sometime within the next couple of months, we should have more details soon. In the meantime, we are offering some great deals on the current range of new and used Nissan Titan. Visit Collins Nissan, 155 Scott Street, St. Catharines, Ontario, L2N 1H3 today to get yours! Save time at the dealership! Fill out the finance pre-approval form here.