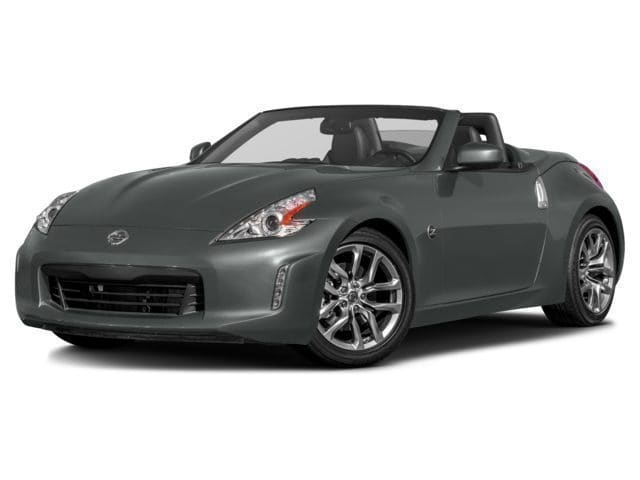 The Nissan Z range has been a huge success for the company. What began as the Datsun 270Z and resulted in the current 370Z has given drivers a solid range of performance cars with Nissan reliability. Alongside the GT-R, the Nissan 370Z are affordable performance cars that you can comfortably drive to work or the mall as well as burn rubber on the track.

We don’t know much about the new Z car. We know it is being designed jointly by Nissan and their Infiniti team and will use the same platform and engine as the Infiniti Q60. That engine is a turbocharged 3.0-litre V6 that generates around 400 hp and 350 lb-ft of torque. It will use either a manual, automatic or hybrid transmission to send power to the rear wheels.

The unveil is apparently and fittingly set for the Tokyo Motor Show late this year so we won’t have long to wait to find out what’s happening.

2017 Nissan 370Z
The current Z car, the Nissan 370Z is a great performer. It’s an affordable two-seat coupe with a flowing design from nose to tail. Like the Porsche 911, the design of the 370Z has been a seemingly slow and evolutionary process. Yet also like the Porsche, Nissan recognize that when you get a design right, you don’t need to mess too much with it to try to make it better.

It is a focused car, so won’t appeal to everyone. It doesn’t have the luxury or refinement of a Maxima or the comfort of a Rogue. What it does have is a single-minded determination to turn every drive into a great drive. Whether you’re just going out for groceries or taking a road trip, you will enjoy the ride.

Thanks to the solid 3.7-litre V6 engine that delivers 332 hp and 270 lb-ft of torque and a smooth six speed manual transmission, driving this car is great fun. Opt for the Nismo edition of the 370Z and you get a tuned version of the same engine that delivers 350 hp. It also comes with a rev matching transmission which is an option on some of the other trims. You can also have a seven speed automatic transmission if you like but I don’t know why you would.

If you’re in the market for a great performer that is as happy driving you to the store as it is driving you across Canada, visit Collins Nissan, 155 Scott Street, St. Catharines, Ontario, L2N 1H3. You will never regret buying a Z car!