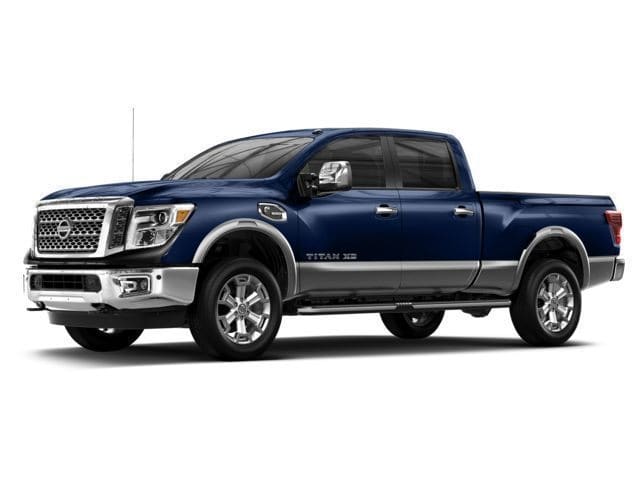 Lots of news came out of Chicago last week so we’re going to be doing a quick catch up on everything relevant to our brands this week. We’ll begin with the new Nissan Titan.
Nissan didn’t show the XD at the Chicago Auto Show but they did attend the event to unveil their new everyday truck, the Nissan Titan. The lack of XD on the end of the name gives a clue to the changes wrought in this iteration. It’s small and lighter and while it shares a name, there is not much else shared between the two trucks.
The Nissan Titan is shorter in both length and height compared to its XD cousin. It’s an all-new chassis that has nothing in common with the XD. The drivetrain does come from an XD though but that’s all. The 5.6-litre V8 engine produces 390 hp and 401 lb-ft of torque and will use a seven speed automatic transmission. A V6 version is planned.
The Nissan Titan will arrive in both 4x2 and 4x4 guise. There will be the usual cab choices, Crew, King and single and three bed lengths. Styling is similar but also different enough to make it stand out on its own.
The new truck has been designed to sit in the lighter duty market for places where the XD is just too big. The half ton variant will go on sale in the summer.
2016 Nissan Titan XD
The Nissan Titan XD is a refined truck that gets the job done. With a diesel option, top class interior, good build quality throughout and a huge range of features, it’s the thinking man’s heavy duty truck.
The main attraction for the 2016 model is the Cummins diesel. It’s a 5.0-litre V8 diesel that generates 310 hp and 555 lb-ft of torque. It uses a six speed automatic transmission to send power to the rear or all wheels. This combination lends itself perfectly to towing and hauling and is smoother than you might expect for an oil burner.
The design is functional but has a certain attraction. It is of course, a masculine design but is softened enough to take the harshness out of such a practical package. The interior in particular is comfortable, well designed and offers all the comforts of home.
All 2016 Nissan Titan XD are crew cab with a single load bed size. You do get to select rear or all-wheel drive and one of five trim levels though. Each offers a lot of technology and equipment for the money and every truck in the range exhibits that quality and reliability Nissan are so renowned for.
Visit Collins Nissan, 155 Scott Street, St. Catharines, Ontario, L2N 1H3 to see the 2016 Nissan Titan XD up close. Visit us later in the year to check out the new Nissan Titan too!