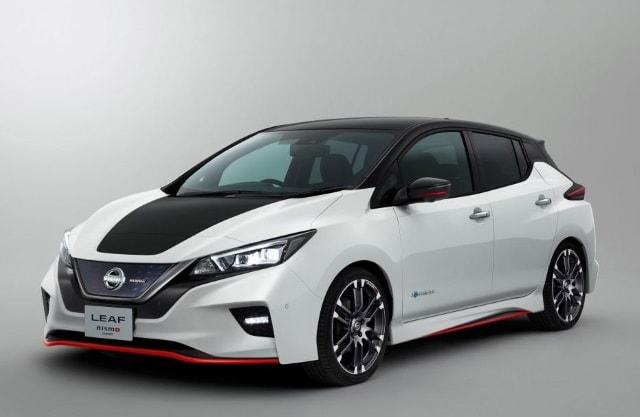 The new green Nissan hasn’t even been released in North American yet and has already been awarded the Best of Innovation award winner for 2018. The award was announced at the CES (Consumer Electronics Show) annual CES Unveiled ceremony last week.

The 2018 Nissan Leaf was awarded the CES Best of Innovation award winner for Vehicle Intelligence and Self-Driving Technology and CES honouree for Tech for a Better World. Even though the CES show isn’t until January, this preview ceremony took place last week to show what was coming at the show. The Nissan Leaf will also be showing at CES.

The second generation Nissan Leaf has improved the original in all the right ways. The design is very modern while still being friendly and approachable. The new shape is very aero yet still practical and sports the Nissan family V grille as well as some nice modern touches.

The inside has also been given a makeover. The dashboard looks less Starship Enterprise and more like a car should. It still has digital readouts and modern switches but is now more traditionally a car dashboard. The layout and quality of the interior is typical Nissan and it looks very nice indeed.

Power to the people
The big news if of course the all-electric drivetrain. The electric motor setup generates the equivalent of 148 hp and 236 lb-ft of torque and pushes it through a CVT transmission to the front wheels. It uses a 40kWh battery pack in the floor to provide a range of up to 250 miles. So far, tests have seen a typical range of between 210 and 248 miles on a charge.

A new battery option is apparently in the works that could deliver even more range. We don’t yet know any specifics of that yet though.

The Nissan Leaf will also include regenerative braking and one foot operation. It will also feature Nissan ProPILOT, active cruise control, parking assist and a 360 degree camera. A TFT mirror is also going to appear as an option, fed by a rear-facing camera at the back to replace a rearview mirror.

From what we have seen, the 2018 Nissan Leaf looks to be a solid upgrade to the existing model. It looks better, feels better and drives further. With some very positive reviews coming out of Japan, we are hopeful that this Leaf will sell even better than the last one.