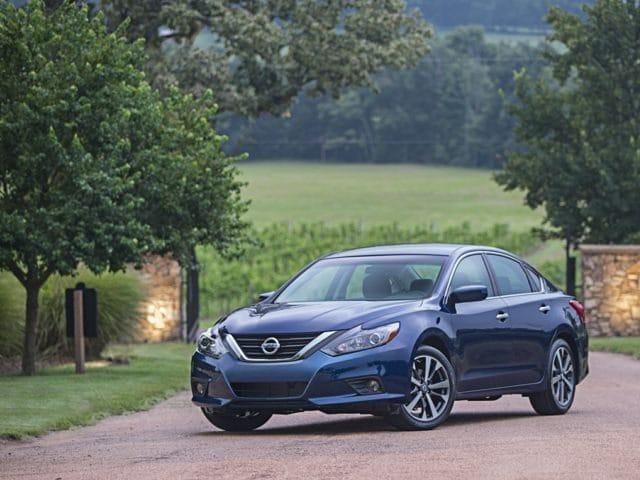 We know a new Altima was on its way and we knew it would likely resemble the sportiness of the Maxima. A teaser image released by Nissan last week gives us a hint at what to expect. And yes, it does look a bit like a Maxima and then some!

The 2018 Nissan Altima is not only Nissan's best-selling sedan but also one of the world's best-selling vehicles. Any redesign that happens has to be done carefully and with due consideration. It has to keep the original character that the current fan base likes so much while also modernizing the design to keep it current and attract new owners. From the image we have seen, Nissan may have hit the nail on the head.

2019 Nissan Altima
The teaser is only a sketch but gives us a real hint as to what we are going to see at the New York Auto Show later this month. For once, the teaser is quite communicative and shows us a lot of the design. It obviously continues Nissan's Vmotion design language with flowing lines, integrated V grille and general curviness shows the intent is to offer a similar appeal to the Maxima but in a more compact package.

We will have to wait for the rest but as the show is only a couple weeks away, it isn't exactly a lifetime. Plus, who doesn't love a little speculation?

2018 Nissan Altima
The 2018 Nissan Altima is a very competent design. Low slung with a nice level profile and a cabin that looks bolted onto a fluid body. The long, curvaceous hood flows over wheel arches and angles down to a low front end with a mild Nissan V grille. At the back, the profile remains level until the trunk where it curves round into a set of neat rear lights.

Inside, you get all you expect from a Nissan interior and more. Cabin quality is excellent with lots of soft touch materials, quality trim and high standards of finishing. Technology is ever present within the centre console and around the steering wheel. Higher specification models include most features modern buyers expect.

The 2018 Nissan Altima has a five star safety rating and is 2017 Top Safety Pick+ from the IIHS. This is in part thanks to its construction and features that can include Automatic Emergency Braking, Intelligent Forward Collision Warning, Rear cross-traffic alert, blind-spot warning and adaptive cruise control.

The 2018 Nissan Altima is a superb car at a superb price.