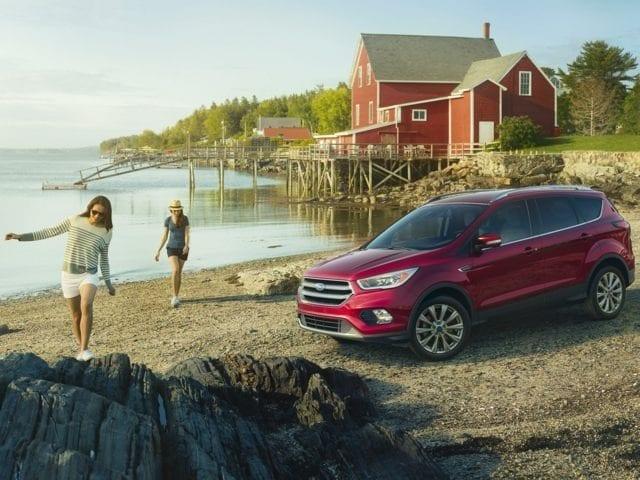 The 2017 Ford Escape has seen a few improvements for the year’s model. It looks good, works well, offers a decent driving and passenger experience and is a very viable crossover. It’s also safer too, with the Ford SUV improving on crash tests across the board.

I like the Ford Escape. It is shaped like a crossover but drives like a car. It has lots of family-friendly practicalities but still has an element of fun about it. It is as happy hauling the family to the market or a jet ski to the coast and I like it for that.

Structural improvements have seen the 2017 Ford Escape increase its IIHS safety rating to Acceptable, which is one from the top rating. The main improvement is at the front where strengthening has reduced the potential for injury by a large margin.

In previous models, the crash test found a ten inch intrusion at the front pillar. In the 2017 Ford Escape, intrusion at the pillar was reduced to five inches. Side airbags prevented further ‘injury’ to the test dummy. IIHS said there is now a lower risk of injuries thanks to these improvements.

While it would have been nice to see the Escape hit Top Safety Pick +, any improvement in passenger safety is a good move. Given the other practical and aesthetic advantages of this crossover, I think there are many reasons to consider it for your next new car.

2017 Ford Escape
The 2017 Ford Escape is a great looking crossover SUV. It’s modern, understated and fits right into the Ford family mould. It’s also practical and capable too, giving it a full house.

The design is very European, like many of the new family Fords. I like the simplicity of it, with the shapes at the front with the grille, fog lights, lower vents and the headlights. Fluted panels cover the car with only the roof not having some kind of detailing aside from rails or sunroof. A rising beltline adds interest to the profile too.

Inside, the cabin is spacious, well laid out and works on every level. There is storage everywhere, lots of head and legroom for passengers and lots of cargo space both with the seats up or down. The inclusion of Ford Sync 3 with Apple CarPlay and Android Auto is welcome too.

The 2017 Ford Escape continues the great work Ford have been doing upgrading and improving their vehicles. More evolution then revolution, each year sees even more reason to buy one!

Visit Northway Ford Lincoln, 388 King George Road Brantford ON N3S 3N2 for more information on the 2017 Ford Escape. Save time at the dealership! Fill out the finance pre-approval form here.