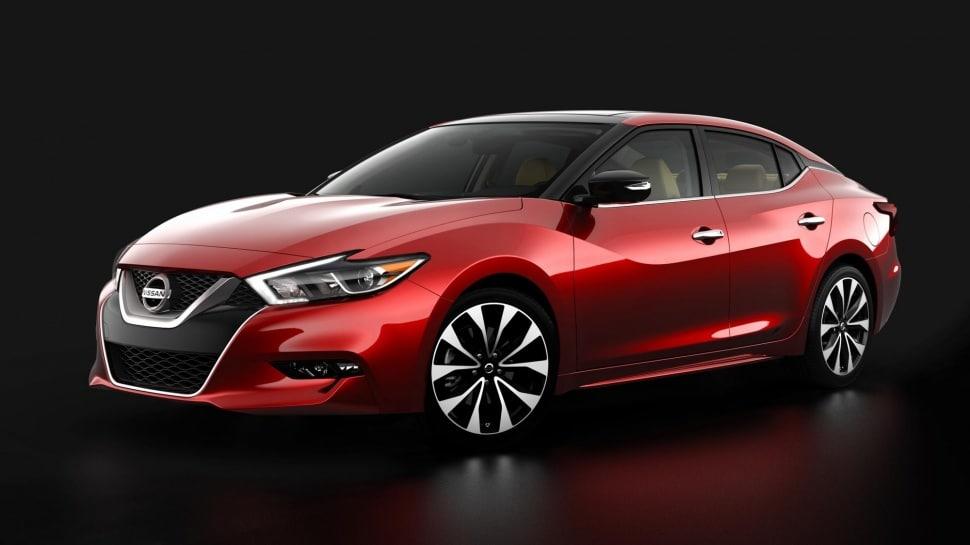 If you watched the Super Bowl, you may have caught a glimpse
of the 2016 Nissan Maxima. It was only a glimpse mind you, in the now infamous
"With Dad" commercial. In between poignant scenes of mother and son learning to
cope with an absent father, you may have seen the car we're talking about.

The 2016 Nissan Maxima is going to be officially unveiled at
the New York International Auto Show in April, but for now we have some
teasers. What has always been marketed as the "four door sports car" but never
really achieved that looks to finally deliver on that promise. Don't get us
wrong, we love the Maxima, but we also love it when marketing actually delivers
on the hype.

The new Maxima looks fantastic. There is no other way to
describe it. With definite design cues taking from Nissan Z cars, the bulging
front end looks great, those panels down the side pull the eye down the entire
length of the car. The big grille, low air dam, aggressive looking headlights
and Audi-esque rear lights really look the part.

What we expect is an improved version of the existing
3.5-litre V6 engine that currently delivers 290hp and 261 lb-ft of torque.
There is certainly enough room for a big engine under that bulging hood!

While you can't tell much else from a teaser image, the car
sits low, meaning it has the potential of sports suspension to enable smooth
handling and road holding. The current Maxima offers great road manners. In
fact, we would say that's one of the best things about the current car. The
engine is very capable but it’s the ride and build quality that really makes it
stand out.

Another feature that makes the Nissan Maxima a worthy
contender in the sedan market is the equipment you get as standard. Even the
base model S is well equipped. You get 18 inch alloy wheels, dual zone climate
control, cruise control, a sunroof, power front seats and a decent audio system
with six CD autochanger.

Upgrade to the Maxima SV and get leather, fog lights, garage
door opener, USB connectivity, 7 inch colour screen and a Bose audio system.
Multiple upgrades and packages are available for both models.

We know very little about the 2016 Nissan Maxima except from
that commercial and the preview image above. Fortunately, its auto show season
so we don’t have long to wait!