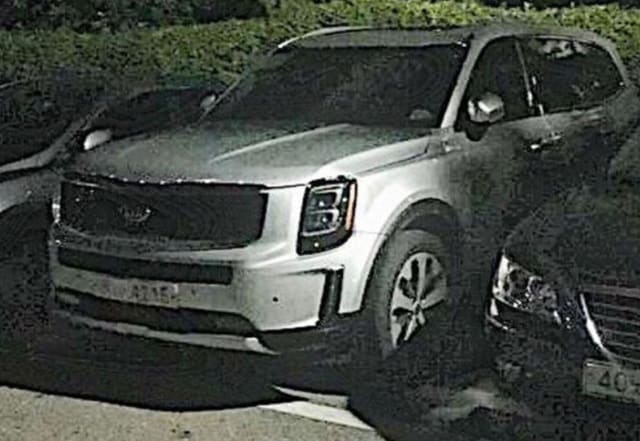 After covering the new full size SUV from Kia a couple of weeks ago, more images of the prototype have surfaced. This time without so much camouflage. Caught somewhere in the Middle East, the SUV has been identified as the same model I featured on our blog when it was covered in camo being tested in the US.

If this is the new Kia SUV, I am very pleased. It has retained a lot of the Telluride character while bringing it closer to reality. The front end is not exactly aero but isn’t cubist either. The blunt edges and rounded fenders soften the look a bit while the Kia grille keep things familiar.

The simplified lower sill and fascia do look good, as do the vents in front of the wheels. A distinct waistline and wheel arches look good too. The images of the rear do look very much like a Volvo XC90 as noted but I also think there is a little new Range Rover in there too. It’s a unique look to the rear with novel lights and simple design cues.

The SUV is, or was, supposed to be based on a stretched Sorento chassis. I think that is still supposed to be happening, although with some heavy modification. We still expect to see the 2.5-litre V6 hybrid engine that we were promised in the Telluride but Kia has remained tight-lipped about the drivetrain so far.

Our appetite is still very strong for SUVs and if they can combine power with efficiency, they should remain popular. This SUV is speculated to include an AWD version which would make it very popular here in Canada but we don’t know for sure. It makes perfect sense though as we aren’t the only ones who like 4x4. Time will tell on that one.

Talking of time, we expect some kind of announcement before the end of this year. As we have gradually been seeing this model with less and less camouflage, it isn’t unreasonable to think it will be unveiled officially in the not too distant future. I will let you know when that is.

In the meantime, the current Kia lineup is already impressive. See the range at Georgetown Kia, 199 and 314 Guelph Street, Georgetown, Ontario.