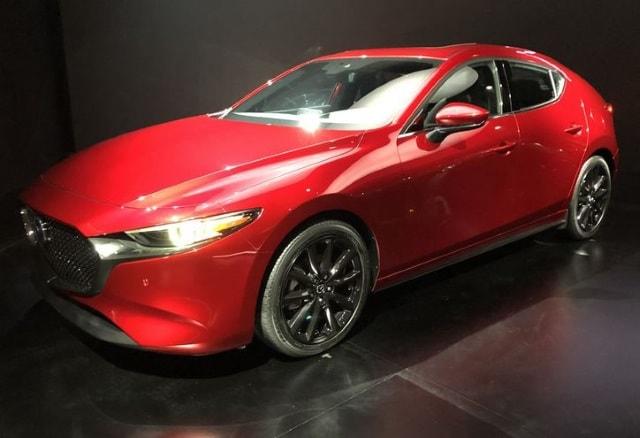 Mazda have been working on a dedicated EV model for a while now and we still don’t know much about it. We now know more about what it will not be rather than what it will be thanks to a candid comment from Mazda’s European design head. It makes for amusing reading.

"We don't want an EV to look like a fridge like some other car makers," explained Jo Stenuit, the firm's European design boss, in an interview with Autocar. Ikuo Maeda, Mazda's head of design, also said he doesn't want his team to create an electric car that looks "digital."

The comments were made at an interview over at the Los Angeles Auto Show and reflect an interesting viewpoint. I’m not sure what car makers Stenuit was referring to but that certainly isn’t how Mazda designs cars. Their design philosophy has always been at the cutting edge. Sporty lines, modern flourishes or simple profiles and solidly appealing cars that appeal to many and alienate few.

I can think of few car designers aside from BMW and Kia who can say the same thing. That the vast majority of their car range looks good and garners few complaints.

Mazda EV
The Mazda EV is a way off yet. It doesn’t have a published name, production date or anything. We do know that there are two versions in the pipeline. A pure EV with batteries and electric motors and one with all that plus a small Wankel engine as a range extender as we reported a few weeks ago. There are also plans for hybrids and plugin hybrid models too.

Exactly when we can expect to see this car remains to be seen. There are rumours that a production model could be shown in 2020 for release in 2021 but there is no confirmation of that.

In the meantime, Mazda is still designing and producing some impressive looking cars. The new Mazda6 and Mazda3 are excellent and the newer Mazda3 model as seen at LA is even better. That model alone is why cars are not going to be completely replaced with trucks and crossovers just yet. The design, the potential engines and the look alone make it a car worth exploring further.

If you want to go just that, visit Mazda of Hamilton, 1977 Upper James Street Hamilton, ON L9B 1K8 to see the full range of new and approved used Mazda vehicles.