Kia Sorento diesel on the way

Kia Sorento diesel on the way 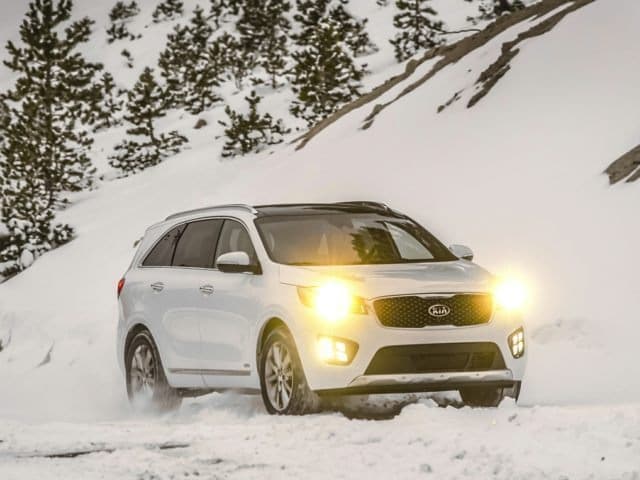 Kia have announced that their Sorento crossover will be getting a diesel variant soon. With some automakers having pulled back from diesel fuel and others being slow to capitalize on it, the time is ripe for an automaker to make ground on a valuable market.

Diesel fuel is still struggling to take off in North America but there is no denying its appeal. Better gas mileage, lower maintenance requirements and cleaner engines than ever before are just three reasons why they are popular elsewhere in the world. The days of loud, obnoxious engines are long gone and for those who have embraced diesel power, the reliability and extra torque is a welcome bonus.

There is currently no competition for a Kia Sorento diesel. No other crossover in North America offers such an option. If Kia gets it right, that means it has the opportunity to offer something no other automaker does right now.

The engine is thought to be Kia’s existing 2.2-litre four cylinder turbodiesel engine used in European vehicles. Over there, the engine produces 197 hp and 325 lb-ft of torque. It has proven itself reliable, has low emissions for a diesel and achieves good gas mileage.

The engine is apparently going through the US EPA certification process so exact numbers aren’t yet known. Kia hinted that we could expect the engine and the new Sorento by the end of the year or the beginning of next.

2018 Kia Sorento
The 2018 Kia Sorento is either a five or seven seat crossover SUV that delivers a lot for your money. Slightly larger than the average five seater yet easier to drive and cheaper than most seven seaters, it is an interesting proposition.

The 2018 Kia Sorento was awarded a five star safety rating by the US NHTSA and is rated as ‘Good’ by the US IIHS. Thanks to crash performance and the option for forward collision warning, automatic emergency braking, adaptive cruise control, lane departure warning, blind spot monitoring and rear cross-traffic alert. All are either optional or standard depending on trim choice.

Ride comfort and the driving experience is credibly good for a crossover. The accomplished chassis and suspension shows its quality when on the road and holds competently regardless of how hard you drive. With decent engines, that smooth automatic transmission and good visibility, driving the Sorento is a pleasure!

Check out the 2018 Kia Sorento at Georgetown Kia, 199 and 314 Guelph Street, Georgetown, Ontario.