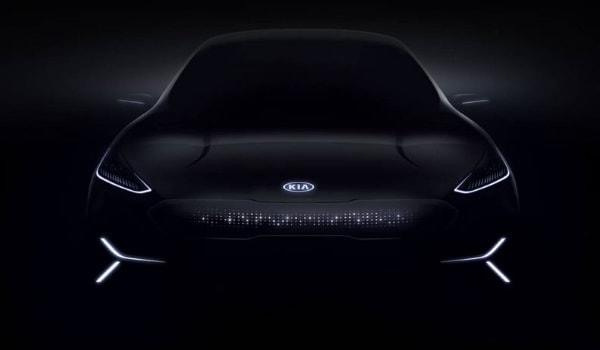 I mentioned on Monday that the Kia Niro EV concept was appearing at CES this week. It has shown, Kia has unveiled its latest green vehicle and it did go down a storm. All that aside, the headliner is the range, 238 miles.

We have known that the Niro lineup was due a pure EV and we had known that something was being showcased this week. We also knew that even though it was called a concept, the design had already been finalized and was ready for production. While the interior may not make it to the line in its current guise, the rest of the vehicle apparently will.

New power
One thing I and other journalists got wrong was the Hyundai Ioniq underpinning. We thought it would use the same motor and battery pack to save development costs. Kia at the CES said the motor and battery pack were entirely new. The new battery pack is rated at 64kWh and is apparently good for 238 miles between charges. The same as the current leader the Chevrolet Bolt.

Kia was less forthcoming about the new motor though. They merely said the Kia Niro EV concept utilized ‘new production technologies earmarked for near-future EVs from Kia.’ They also added that the 64kWh battery was ‘paired with a powerful 150kW electric motor.’

That motor is more powerful than that of the Ioniq, which is rated at 88kW and uses a 27kWh battery.

The Niro EV is a crossover and quite a tall looking one at that. The design looks very similar to the current Niro but without the front grille. The lights and model name are still where the teaser image said they would be and aside from some wheels that are unlikely to make it to production and that interior, the Kia Niro EV concept looks ready to go.

What you cannot see is Kia’s new hazard warning system. This time it doesn’t warn the driver but pedestrians or cyclists. As EVs emit little or no noise, Kia have installed a new warning system that detects the presence of pedestrians or cyclists in its path and will alert them to the car’s presence. What form that alert will take remains to be seen.

Overall, the Kia Niro EV concept looks to be a very good car. It brings electric motoring closer to the mainstream and by adding that extra range, it ensures the barriers to entry are being lowered all the time. While we don’t yet know how much it will cost, given Kia’s predilection for competitive pricing, we expect it to be quite affordable.

If you like the look of the Kia Niro EV concept, register your interest at Grimsby Kia, 435 South Service Road Grimsby, ON L3M 4E8.