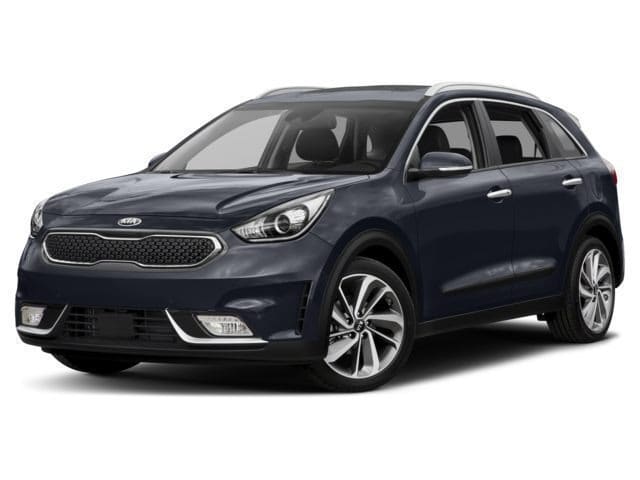 Kia has said they will be showing the next generation of the very successful Kia Niro crossover SUV at this year’s CES show. Developed from the standard hybrid, the Kia Niro EV concept is all electric.

The Niro is a niche car that has been a hit with buyers across North America. With sales gradually gaining pace, it is a good time to show the next in line for the model family. In this case, a pure electric variant.

Kia Niro EV concept
What is different this time around is the fact that while being shown as a concept, it has already been agreed by Kia and is being finalized ready for production. Usually, concepts are to showcase a direction particular brands wants to move to, show what could be possible in the not too distant future to whet our appetite or to test the waters for new ideas being considered for a particular marque. Not this time. Kia have already agreed the Kia Niro EV. This is less concept and more pre-production teaser.

The images released by Kia show an updated Niro with a different fascia and light setup. The illuminated badge and grille is an interesting move and will make the vehicle stand out if that aspect hits production. The lights change their intensity as the vehicle moves which is a neat idea that Kia calls ‘Motion Graphic’.

The rear shows a very futuristic lighting setup too, with small LED units and lit model name along the back. Other images show a very sleek design that doesn’t give much away. Neither do we get to see the interior.

Fortunately, we know that the Niro is based on the Hyundai Ioniq which does offer an EV model. Combining what we know about the existing Niro and Ioniq, it is not unreasonable to assume that the Niro EV will have the same, or very similar motor and battery system that delivers around 124 miles of range and around 118 hp of power.

I would imagine the Kia Niro EV concept would manage more range than that though. With the new Nissan Leaf on its way and leading EVs now offering in excess of 200 mile ranges, a mere 124 miles is not going to cut it. I would imagine there would be larger or denser battery packs included with the production model to better compete with other EVs on the market.

The 2018 Consumer Electronics Show begins today in Las Vegas so we will take a good look once the opening dust settles.

In the meantime, the Kia Niro hybrid is an excellent middle ground for responsible drivers who want convenience with better gas mileage. Visit Georgetown Kia, 199 and 314 Guelph Street, Georgetown, Ontario to take a test drive.