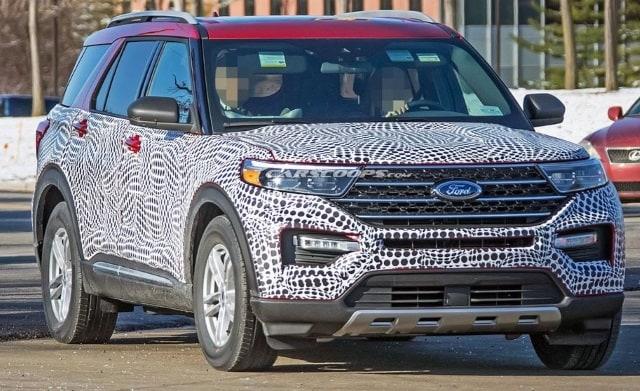 The auto industry is increasing the pace of development significantly. It began with technology and a faster release schedule for software and elements of hardware. It moved on to faster production of parts with 3D printing and has now reached cars themselves. Ford are expected to release at least five models this year, which is likely to increase as the year progresses.

We are using a tweet from Mike Levine, Ford’s Communications Manager who said ‘so many new vehicle debuts planned for this year including the new “Explorer, Escape, Mustang GT500, F-Series Super Duty and Transit!’

So let’s have a look.

2020 Ford Explorer
We have spoken about the 2020 Ford Explorer before so this one is no surprise. It will use the same platform as the Aviator and will likely use turbocharged EcoBoost engines, Ford’s excellent 10 speed automatic transmission, RWD configuration and a new look both inside and out.

2020 Ford Mustang GT500
The Ford Mustang GT500 was announced late last year and is going to be awesome. It is expected at Detroit this year and will likely feature new styling, new drivetrain, some kind of supercharged V8 engine, a manual transmission option and lots of trick parts to make this own the track.

2020 Ford Transit
The Ford Transit is a huge deal for the company so any updates are going to have to be very carefully thought through. Leaks have been few and far between but we do expect a redesigned front end, more innovative cargo and configuration options, more frugal engines and perhaps a new transmission.

I think it safe to say that these five Fords won’t be their only releases this year, just the ones we know about. The automaker’s drive for electrification will see some special editions, extra models or all-new cars join these I’m sure!