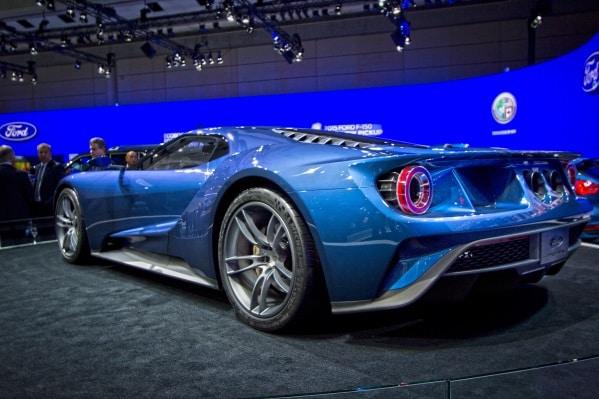 We finally got to see the Ford GT in the flesh at Geneva and
what a sight it was! In what was one of the fullest stands in the place, the Ford
GT drew the crowds for the entire show. It was definitely one of the highlights
for us.

After news that Oakville will be building the car and taking
on more people to do it, we are naturally interested in any Ford GT news that
comes our way. So it was with interest that we read that Ford are planning to
limit production to just 250 units a year and will be priced at $400,000. While
not yet officially confirmed, one of those "insiders" has told motoring
journalists that the price has already been set.

Now we love the Ford GT as you know, but pricing it over
mainstream Ferrari and Aston Martin and up against the likes of the Lamborghini
Aventador seems a little ambitious for my eyes. Don't get me wrong, the GT
looks amazing and I would have one on my driveway any day, but 400k?

The previous generation GT was around $150,000 and in
production at around 1,500 units a year. Cutting that to only 250 is sure to
drive demand and keep that price high. However, that previous batch of GTs are
now selling for upwards of $600,000, so maybe Ford does have their sums right.

The next generation Ford GT will be manufactured with a
complete carbon fibre monocoque, a super-powerful engine and everything it
needs to deliver blistering speeds and a super-fast time around the Nürburgring.

It's also set to compete at Le Mans, that famous 24 hour
race where the original GT built its reputation.

So the mechanicals are impressive from what we have managed
to find out so far. But it's the looks that will sell the car. Given the price
bracket and the competition within that bracket, it has to. So it's just as
well that the Ford GT is such a good looking beast!