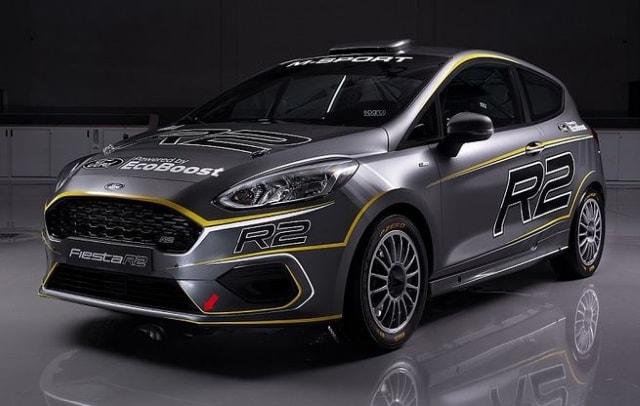 Yep, you heard right. The new fast Ford is going to use a 1.0-litre engine in competition. Not just any competition either, but one of the most hotly contested motoring competitions in the world, the FIA WRC Rally. The World Rally Championships is held across the world and is one of the best spectator sports there is on four wheels.

The Ford Fiesta R2 Rally Car will use a Fiesta ST as the base and a specially tuned 1.0-litre engine to power it. The engine only has three cylinders and 999cc but generates 200 hp and 213 lb-ft of torque!

The Fiesta ST Line is a European favourite and for good reason. It’s kind of sporty but remains sensible in its normal guise. With sporty pretensions and frugal engines it’s a popular small car over on the continent. We don’t have this specific model here but we do have the Fiesta ST. I bet it would sell well if we did have the ST Line.

Under that small hood is a Ford 1.0-litre three cylinder turbocharged EcoBoost engine. It is rated to 200 hp and 213 lb-ft of torque and sends it to the front wheels via a slick Sadev five speed sequential transmission.

The company is building a hundred of these little monsters for competition and will compete in the Junior WRC ranks next year. Junior WRC is the proving ground for young talent and develops the essential skills drivers and navigators will need when they hit the big time. It’s good to see that even the juniors are not having to compromise on the cars they drive!

2019 Ford Fiesta ST
The 2019 Ford Fiesta is likely the last Fiesta Ford is going to sell in North America. The model is being phased out and will be replaced by crossovers and SUVs as part of their global product shakeup. You will still be able to import Fiestas though and we should still be able to get our hands on them but they are an endangered species.

We cannot give you 200 hp as standard but we can give you similar looks to the R2 Rally Car. The Fiesta ST is the closest you will get to the rally car. It uses a turbocharged 1.6-litre four cylinder to deliver 197 hp to the front wheels. It uses a manual transmission for maximum engagement and is a lot of fun to drive.

That much power going to the front wheels needs a competent delivery system so as not to overwhelm steering. Ford’s torque vectoring system does just that and ensures power is only delivered to the wheel with the most grip. It makes for a fun but very stable ride.

The 2019 Ford Fiesta ST is about as much fun as a small car can get. Visit Northway Ford Lincoln, 388 King George Road Brantford ON N3S 3N2 to learn more about it!