Ford Bronco to have proper off road ability?

Ford Bronco to have proper off road ability? 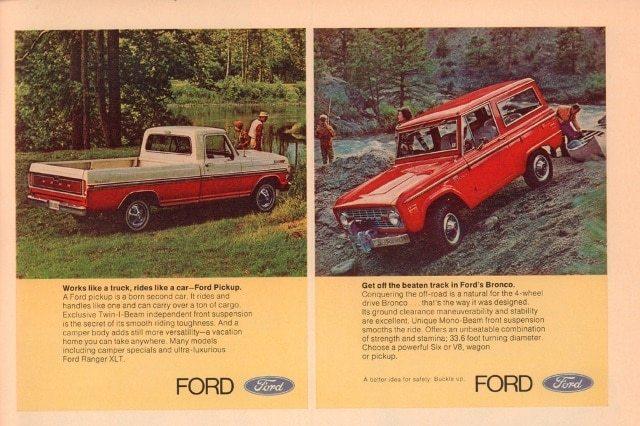 I am intrigued by the Ford Bronco. I wonder whether it’s just an exercise in nostalgia and a hope to build on our love for all things old or whether it is a genuine desire to being back a much loved name. With details from Ford being so few and far between, it’s difficult to form any kind of opinion as yet.

Some Ford Bronco news did escape last week though. News that a company called Dana won the bid to deliver the front and rear axles to the new Ford Bronco. This led to speculation that it will have solid axles, just like the vehicle it has firmly in its sights, the Jeep.

More specifically, Dana make AdvanTEK gearing that if often used in solid axles. Dana said in an investor call last week that they had won the contract to deliver AdvanTEK front and rear systems to Ford for the Bronco and the Escape from 2019. This is hardly confirmation, as AdvanTEK is also used in other types of suspension setups. However, it is being taken as an indication that the Bronco may have proper off-road chops.

When Ford originally announced that they were re-releasing the Bronco, their statement said:
‘We’ve heard our customers loud and clear. They want a new generation of vehicles that are incredibly capable yet fun to drive,’ said Joe Hinrichs, Ford’s president of The Americas. ‘Ranger is for truck buyers who want an affordable, functional, rugged and maneuverable pickup that’s Built Ford Tough. Bronco will be a no-compromise midsize 4x4 utility for thrill seekers who want to venture way beyond the city.’

Bill Ford then said ‘It will be a true, tough Bronco, a real off-road vehicle’.

So we know very little for sure about the Ford Bronco. We know it will have a body on frame construction and it’s intent is to be a rugged off-roader. We also know it is due for release in 2020. But that’s it.

This little nugget of information helps build a picture of what to expect but nothing more. As mentioned, Dana’s AdvanTEK system works with solid axles but also works with independent suspension too. So it is hardly confirmation. Yet, used in conjunction with what Ford have said about their intent, it isn’t unreasonable to think it will be used with a solid axle and provide real 4x4 capability.

In the meantime, Ford already have some SUVs and trucks that can cope admirably with the rough stuff. Visit Northway Ford Lincoln, 388 King George Road Brantford ON N3S 3N2 and check out the latest deals.