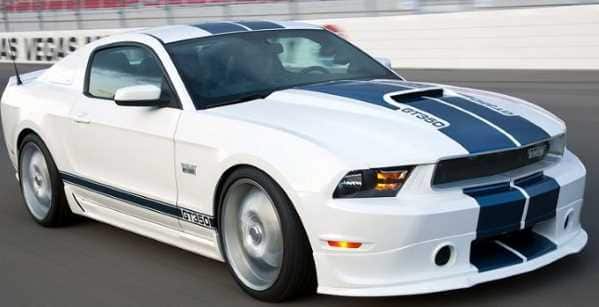 If rumors
are true, Ford is planning to bring the power to the Detroit Auto Show in
January 2015. Sources say that the automaker is planning to show several sport
models at the show including a Mustang Shelby GT350R, Focus RS, the new F-150
SVT Raptor and possibly a new Ford GT.

All are
fantastic cars that add real sauce to the Ford model lineup. All would be well
received at the auto show too. However, Ford has yet to officially acknowledge
the truth in any of these rumors.

We first saw the Mustang Shelby GT350R earlier this year at the LA Auto
Show. It's a track car built to celebrate 50 years of Shelby and is going to be
hot!

A new 5.2-liter V8 is up front with over 500 hp and 200 lb-ft of torque.
New suspension, transmission, engine, brakes and aero parts all conspire to
make this a Mustang you can corner as well as drive straight.

The Ford
Focus is amazingly popular in Europe. It's small, practical and very, very
quick. We have seen the ST versions and were very impressed. This RS takes that
up a notch or two. With a 2.3-liter EcoBoost engine that's apparently good for
over 300 hp, clever differential, big brakes and real kerb appeal, this RS is
going to be hot too!

We don't
yet know that much about the 2016 Ford F-150 SVT Raptor. We think it will have
a 6.2-liter V8 under the hood and be a new and improved off-roader just like
the current model. Rumor central has this new model appearing at the show, so
if we're lucky, we should learn a lot more about it soon.

Less
certain are the rumors around a new Ford GT and its appearance at the Detroit
Auto Show in 2015. We know that it too is marking a 50th anniversary
in 2016, so it isn't beyond the realms of possibility. We also know that
artists renderings have been seen in the wild too. We would love to see a new
Ford GT made, whether it's called GT or not.

Fortunately,
with the Detroit Auto Show being held in January 2015, we don't have long to
wait. The press preview is being held on January 12-13, with general admission
from 17 thru 25 January. We'll let you know when we find out anything for
definite!