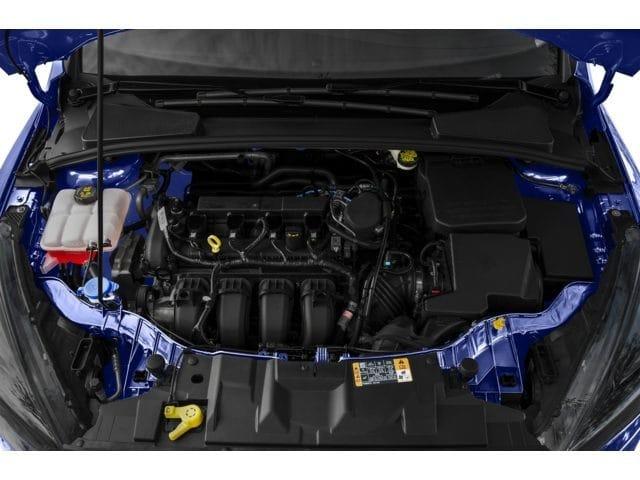 The FordMichigan Assembly plant celebrated the completion of EcoBoost engine number 5,000,000
last week. The 1.0-litre EcoBoost engine will sit inside a Ford Focus, in fact
it probably already is.

Five
million is a big number even in the auto industry. Large numbers are thrown
around a lot and considering a car can include multiples of different
components, it perhaps isn't that impressive. But when a car only as one of
something, in this case an engine, it becomes impressive all over again.

EcoBoost
was introduced back in 2009 as Ford's attempt to meet fuel efficiency and
emissions standards while still offering decent power and torque. We must say,
as drivers of Ford cars, we think they work well!

It's the
first time any automaker has made a brand out of their engines. Merging Eco for
economy and Boost for turbocharged power, the seemingly contrary pairing has
paid real dividends for the company. Delivering power, fuel economy,
reliability and easy maintenance has made them a hit throughout the industry.

It isn't
all about the numbers though. When developing the EcoBoost motor, Ford
engineers also looked at the warranty history of past engines and not only
designed technical advances to overcome common faults but also introduced
specific quality control testing to check for them.

For the
F-150 alone, over a million and a half driving hours using an EcoBoost engine
were analyzed before being approved for sale. This included the now famous
F-150 test engine #448AA that was run for 300 hours on a dyno, then cooled to
-20 and then heated to +235 degrees. Then fitted to an F-150 to tow 110,000
pounds of logs and then driven on the Miami Speedway for 24 hours non-stop.

It was then
tested against rivals towing 9,000 pounds up a 6 percent slope. Then driven
1,200 miles in practice, then over a thousand in the SCORE Baja 1000 race. Then
it was dyno tested and then dismantled in front of thousands of people at the 2011
North American International Auto Show in Detroit. That's just one engine!

It was
enough to convince buyers of EcoBoost F-150s that the engine was more than up
to the job.

EcoBoost
uses a combination of small smaller engine displacement, turbochargers, direct
injection and other trickery to maximize fuel efficiency while also deliver a
steady stream of power to your right foot.

Visit
Northway Ford for EcoBoost powered cars at the best prices around!