2023 Ford Ranger Review: Will We See it in Canada?

2023 Ford Ranger Review: Will We See it in Canada?

It’s no surprise that the Ford Ranger has been so successful. It builds on an existing appetite for trucks but brings it in reach of everyone by making the truck smaller and more manageable.

The new 2023 Ford Ranger hopes to build on that success.

From what we see so far, I don’t think Ford has anything to worry about!

The Ford Ranger was designed in Australia, another truck loving country. It’s a global model that will remain largely unchanged across the world, which is a good thing.

This new design makes it look much more like a truck with just the right amount of ruggedness to keep it this side of accessible.

The front end is still quite imposing but has been made more rugged with a new bumper design that comes up from the sill up to the grille under the horizontal bar.

The lights have been updated too, with an LED arrangement that looks pretty good.

Elsewhere, the panels have all been updated with some detailing and a panel inset on the door that is followed through on the rear panel. The lower door sill also has a small indent that adds some interest to the profile.

At the back, the tailgate has new detailing and new more detailed taillights. A simple bumper arrangement and higher ground clearance on the overhang completes the look.

The inside of the 2023 Ford Ranger has changed considerably. It’s an all new cabin with very comfortable-looking seating, upgraded materials, lots of legroom and a simple centre console. 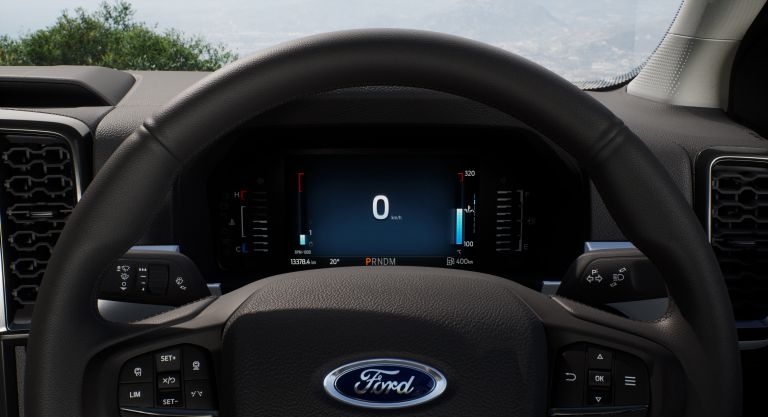 Many of the controls remain physical rather than touchscreen, which is useful for work trucks and there are more USB ports than before.

There is a touchscreen and digital instruments that look crystal clear and easily understandable. The touchscreen is in portrait mode, which seems to work very well, like it does in the Ford Mustang Mach-E.

The 2023 Ford Ranger will probably use the same engine it has now. We don’t know as yet because Ford hasn’t released the details.

The current engine is a 2.4-litre turbo four that delivers 270 hp and 310 lb-ft of torque. It uses a 10 speed automatic transmission to deliver power to the rear or all wheels. 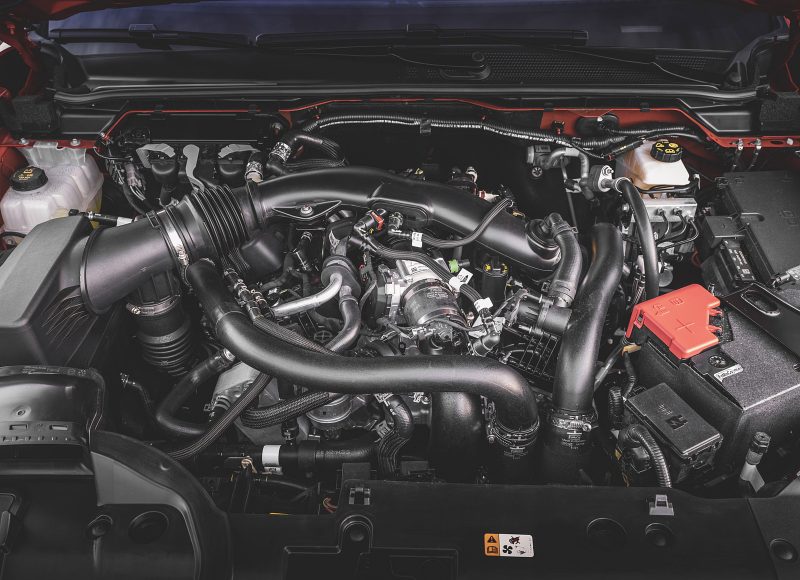 We expect this combination will remain the same, although there are rumours that a six speed manual will be available in some regions.

Until we know for sure, we think it’s safe to assume this combination will remain for the 2023 model.

Overall, we think the improvements we see in the 2023 Ford Ranger look great. We won’t know for sure until we try those seats, check out the engine and see the truck up close, but so far, things look good.

We are expecting the 2023 Ford Ranger to be available in Canada by the 4th quarter of 2022. Learn more about the 2023 Ford Ranger or check out the current model at Northway Ford Lincoln, 388 King George Road Brantford ON N3S 3N2. Or you can simply fill in the form below and we'll get back to you asap!