Electric trucks on the roads of Ontario soon

Electric trucks on the roads of Ontario soon 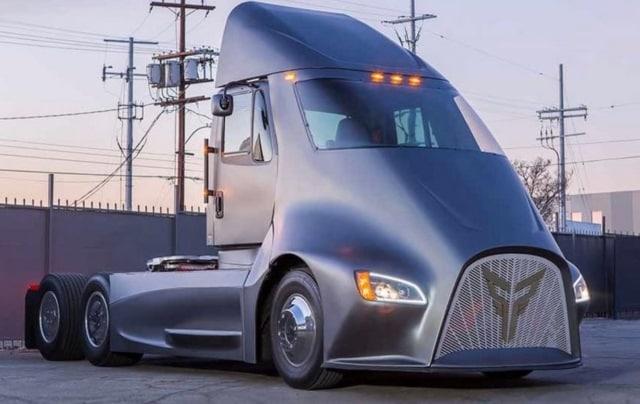 Last week Ontario announced a tax incentive for electronic semi trucks. Not content to let other countries look forward to cleaner motoring, the province is embracing new ways of doing things that challenge the status quo.

The program will open early in the new year and will include any truck purchases made from 1 September 2017. Buyers of electric trucks before March 31 2018 will also receive an extra 10% rebate for a maximum purchase of 10 trucks.

Admittedly, the field is small right now. The is the main contender and the one most of us will have heard of. Other upcoming options include Thor Trucks ET-One, Daimler’s E-Fuso One, Nikola One, Cummins AEOS and the MAN City-Truck. Others are likely to be in earlier stages of design and testing or be upcoming at some point in the future.

The Thor Trucks ET-One looks most promising with an estimated release date of 2019. It is a Class 8 semi truck that uses an electric motor and battery pack to offer up to a 300 mile range towing up to 80,000 pounds. With more power and torque than a diesel, zero emissions and a sensible price, it may offer much needed competition to the market.

The Nikola One, is also looking good. It is a hydrogen powered truck that has up to 1,200 mile range and offers over 1,000 hp and 2,000 lb-ft of torque. The main issue with this truck is the availability of hydrogen fuel. Deposits are already being taken for the Nikola One.

While Car Nation Canada deals in cars, SUVs and light trucks, we can appreciate it when our home province looks to the future. Regardless of your opinion of fossil fuels, gas mileage or global warming, removing those diesel clouds from our streets and highways has to be seen as a good thing. So is the reduction of our dependence on oil.

As long as our power grid and hydrogen production keeps up with demand, our reliance on imported fuel can only be a good thing. If trucking companies can lower their own running costs while not having to compromise anywhere, that has to be a good thing too.