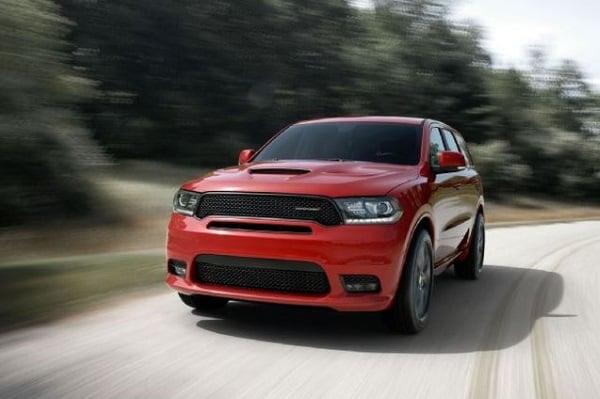 The 2018 Dodge Durango GT is already a great looking SUV. It has kept all the things we love about Dodge styling and modernized them to appeal to new buyers as well as old. Not content to sit on their laurels, Dodge has released an SRT Rallye Appearance Package to elevate the SUV even further.

“Many of our customers love the performance look of the Durango R/T and Durango SRT, but are happy with the award-winning Pentastar V-6 engine’s 295 horsepower and the excellent fuel efficiency it delivers,” said Steve Beahm, FCA’s North American head of passenger cars, in a release. “This new Durango GT Rallye Appearance Package gives those three-row SUV buyers the best of both worlds.”

The package is available now and comes in seven different colours.

2018 Dodge Durango
The Durango is one of those SUVs that gets nowhere near as many headlines as it should. It is a composed, top quality SUV with great looks, a fantastic interior and a huge range of features.

The 2018 Dodge Durango is a three row SUV that is available in four wheel drive. With an attractive design, reliable engines and lots of interior space, it has a lot to offer.

The design hearkens back to earlier Dodge days but with a modern twist. It is an imposing profile with Dodge grille, sloped hood, raked windshield and a neat waistline over the rear quarter. Depending on your model of choice, there is a lot of chrome too or you can specify body colouring or black.

Inside, the Durango is comfortable and spacious. Visibility is good all round thanks to all that glass and relatively slim pillars. Seating is comfortable, the driving position offers a great view of the road and composed chassis and suspension makes sure the SUV drives as well as you might expect.

Overall, the Dodge Durango is a credible SUV that can handle almost anything your family, or the road can throw at it.