Dodge and Lego join forces to deliver Demons for everyone

Dodge and Lego join forces to deliver Demons for everyone 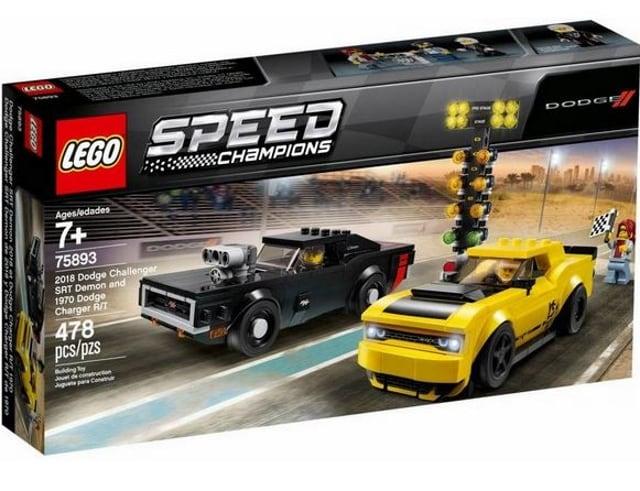 If you wanted a Dodge Demon but didn’t get your order in on time, or have one but have children who want a piece of the action, a new joint venture by Dodge and Lego has the answer. Lego versions of the 2018 Challenger SRT Demon and 1970 Charger R/T.

Both cars will feature as part of the Lego Speed Champions series. Both the 2018 Challenger SRT Demon and 1970 Charger R/T will join cars such as the Ferrari F40, McLaren Senna, Mini Cooper S, Chevrolet Camaro ZL1, 1968 Ford Mustang Fastback and others as part of the Lego series and they all look fantastic. Each model in the series looks very much like their real life counterpart.

Lego Speed Champions
As you would expect, there is a suitably cool commercial to help the launch:

"We know that many of our Dodge SRT enthusiasts become fans of the brand at an early age, and like me, also grow up building LEGO vehicles that we dream of one day driving on the road,” said Steve Beahm, Head of Passenger Car Brands, Dodge SRT, Chrysler and FIAT - FCA North America.

"With the new Speed Champions set featuring the 2018 Dodge Challenger SRT Demon and the 1970 Dodge Charger R/T, our youngest fans can now build and jump into the 'driver's' seat of two of their ultimate fantasy muscle cars.”

Both the 2018 Challenger SRT Demon and 1970 Charger R/T Lego models capture the character of the real thing amazingly well. Even though the plastic models are smaller and infinitely simpler than their real lifer inspirations, it is very clear to see the car they are modelled after and experience a little of what owning such a car would be like.

The 2018 Challenger SRT Demon comes with a removable windshield, two sets of wheels with rubber tires, decals and a dual exhaust system. The 1970 Charger R/T comes with the same features as the Demon but also has a removable supercharger and alternator cover.

If you couldn’t get hold of a real 2018 Challenger SRT Demon, this could be the next best thing. If you would prefer a real Challenger or Charger, Unique Chrysler Dodge Jeep Ram will have just what you’re looking for.