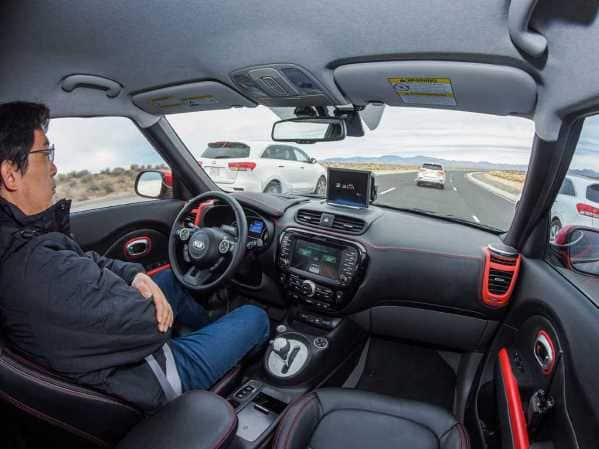 Buying a car used to be simple. Find the brand you trusted or a design you liked, pick one of the five or six colours, take it for a drive and then buy it. Now we have to consider power, gas mileage, engine type, fuel type, connectivity options, infotainment and so much more. Choice has now become an obstacle rather than a benefit.

A recent new car buyer survey has found that the majority of buyers considering a new car in 2016 consider automated safety features as the new ‘must have’ feature. Technologies such as blind-spot monitoring, lane change assistance, forward collision warning and automatic braking all feature on that list.

Those features now contribute to safety scores which influences all our decision making. It will also influence how many vehicles get to have this technology as automakers will want to shift as many units as possible.

I think this shift is a good one. While gas mileage and power is all very well, it doesn’t do much for road safety. Now these automated safety technologies are coming to the fore, the roads should eventually become safer for everyone. As long as drivers maintain some agency and responsibility for their actions at least.

The best price is free
The part of this new trend that automakers won’t want to see is the fact that most buyers want these automated safety features as a no-cost option. Surprisingly, those people whom the survey asked, said they would pay for software updates to infotainment. If that isn’t a confusing picture over our values I don’t know what is!

Respondents of the survey said they use navigation most, with weather and news coming a close second. Music and other apps followed after. Unsurprisingly, it was millennial respondents who said they would be most likely to pay for software updates to their vehicle.

They were also most likely to accept autonomous cars and would either own or drive in one. Around 33% said they would either buy or be a passenger in an self-driving car while 25% said they would not. With millions of partially autonomous vehicles due on our roads within the next 20 years, that attitude is going to have to change if those cars are to sell.

I must admit to being surprised that automated safety technologies are not worth paying for in the eyes of many buyers. I guess they regard them as essential and should be part of the package. Regardless of the why, the fact that they top the list for desired features is good. It will increase their presence on our roads and show automakers that there is a demand for such technologies, further fuelling their development.

Change is usually met with resistance and hesitation and that is no different in the auto-technology sector. It takes time to overcome these barriers but for now companies like Ford equip their cars with an array of smart features.