Australian police to use Kia Stinger GTs as patrol cars

Australian police to use Kia Stinger GTs as patrol cars 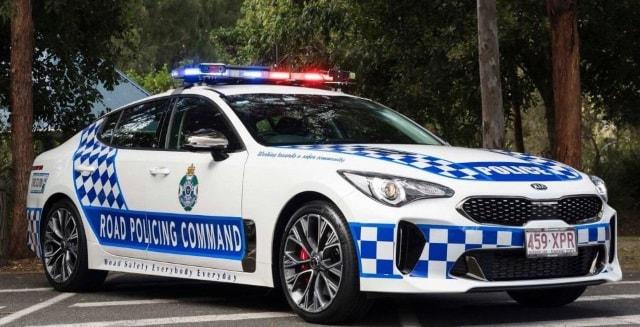 The Australian police said a while ago that they were testing the Kia Stinger GT among others for potential police cars. It seems they were impressed with the performance and reliability of this fast Kia as they have ordered 50 of them to serve as patrol cars in Queensland. That order will increase to 200 or so once the initial cars have proven themselves further.

With the closing down of Australian mainstays the Ford Falcon and Holden Commodore, the police had to look elsewhere for patrol cars. It seems Kia are delivering the right car at the right price at the right time.

‘The Stinger performed very well in all areas and we had nothing but top reports from all the field officers,’ Assistant Commissioner of the Road Policing Command Mike Keating told News.com.au.

The police livery might not be the most attractive colour to spec your Stinger but there is no doubt that you’re going to become very nervous indeed if you see one of these lit up in your rear view mirror!

Kia Stinger GT
The Kia Stinger GT looks like something from Fast and Furious, yet drives with the same characteristics you would expect from a muscle car. It feels substantial and engages you as you drive. There is no fly by wire here, it’s all about you, the car and the road.

The design is excellent. It’s definitely a Kia but also so much more. The long, low front end, the sharply angled headlights, hood vents, and aerodynamic shape all lend themselves very well to a performance car.

Inside, there are none of the old compromises that used to be involved in sports cars. The comfort levels are high, with good seating, lots of sound deadening, plenty of technology and enough space for four to travel comfortably. With all the practicalities taken care of, you can concentrate on the driving experience.

Under that long hood is a 3.3-litre twin turbo V6 that makes 365 hp and 375 lb-ft of torque. It sends that power to all wheels via an eight speed automatic transmission. Reviews of the Kia Stinger GT have been almost universally positive for its performance, looks and features.

I must admit that I am quite taken with this car. Had I not needed space for bikes, gear and dogs, I would probably have one of these myself. The combination of looks, performance and the ability to keep up with German sports sedans for a much lower price is too good to be ignored!