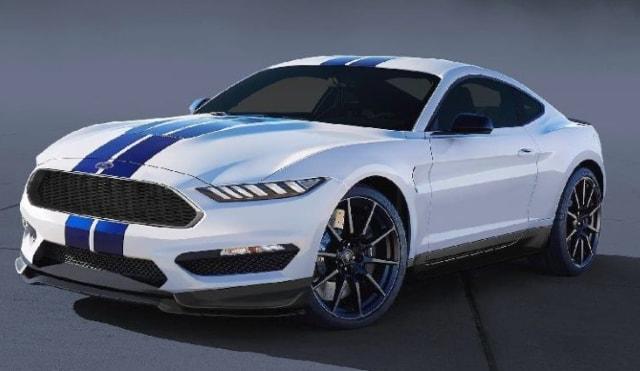 We know Ford have been developing 3D printing as a manufacturing process for a while. It isn’t the only automaker to invest in it either as the potential for speed and cost savings are huge. The company must have confidence in their new system if they are planning to put printed parts of a flagship like the 2020 Mustang Shelby GT500. When those parts are brake parts, that confidence becomes even more obvious.

According to a leak from Ford, the recently revealed 2020 Mustang Shelby GT500 will include two brake parts that have been 3D printed. Ford have not said exactly what parts they are but anything to do with brakes on something this fast is going to be important.

The automaker will be expanding 3D printing as part of their new Advanced Manufacturing Centre in Redford, Michigan. The centre is where Ford engineers are developing prototypes and processes for 3D printing and where rapid prototyping is being refined. The other key area of research is materials. Ford are experimenting with all kind of materials from sand to advanced polymers to find out what works and what doesn’t.

The front end of this model has been tweaked to look even meaner than usual and includes a low front sill and splitter as well as a larger hood scoop. The car looks to ride lower too and that rear spoiler should add some valuable downforce to this rear wheel drive monster.

We know that Ford have been working on the 2020 Mustang Shelby GT500 for a while now. We also know that it is designed to take on the Challenger SRT Demon and Camaro ZL1 1LE and come out on top.

While we don’t know what engine it will use, speculation says it will be a supercharged 5.2-litre V8 like in the GT350. It is speculated that it will generate between 700-800 hp and use a Direct shift transmission or 6-speed manual to send power to the rear wheels.

We don’t know much else at the minute and that’s fine. The current Mustang is more than enough car for most people and offers an awesome drive that needs to be experienced to be believed. Check it out at Northway Ford Lincoln, 388 King George Road Brantford ON N3S 3N2!